A Moment of Silence for Law Enforcement; Chief Sanders Thanks All Involved

Home » Featured » A Moment of Silence for Law Enforcement; Chief Sanders Thanks All Involved

A minute of silence was observed by law enforcement across the state of Texas Friday at 11 a.m. On Celebration Plaza city, county, and state law enforcement officers along with firemen and cadets paused to honor the life of Harris County Deputy Darren Goforth, 47. Goforth was gunned down as he was pumping gas into his car shortly after working an accident scene. Funeral services for Goforth began at 11 a.m. in the worship center of Second Baptist Church in Houston. Locally, officers received a call from dispatch noting the minute of silence. Lights on patrol vehicles were turned on and silence prevailed over a crowd of well over one hundred citizens and officers who had assembled.

Chief Jay Sanders said the event turned into a special event. He said paying tribute to Harris County Deputy Darren Goforth unified many in a day to remember and honor Goforth in his death and all officers for the commitment they have made to serve the public in keeping the law. Sanders expressed to KSST the thanks and appreciation of law enforcement to those who attended the event. Pointing out that 10 law enforcement officers had been killed in the line of duty in the past 14 days alone, he said individual officers felt they had a target on their back, especially when they are in uniform.

Sanders praised Hopkins County and city residents for the support given to law enforcement officers. He has concluded 30 years in law enforcement and 28th year locally. He said he would not want to be in any other place. 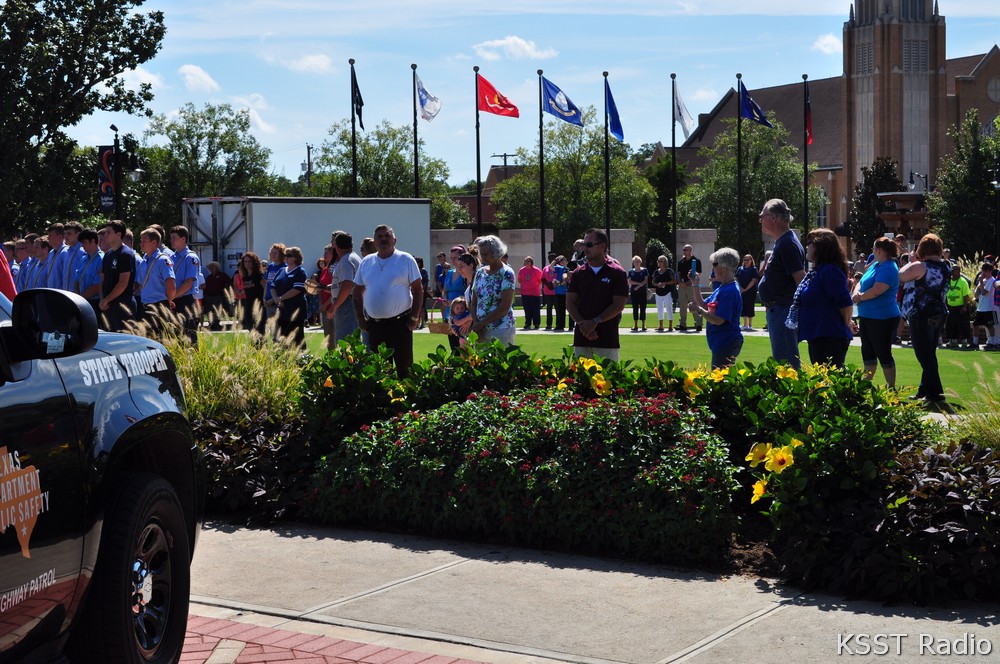 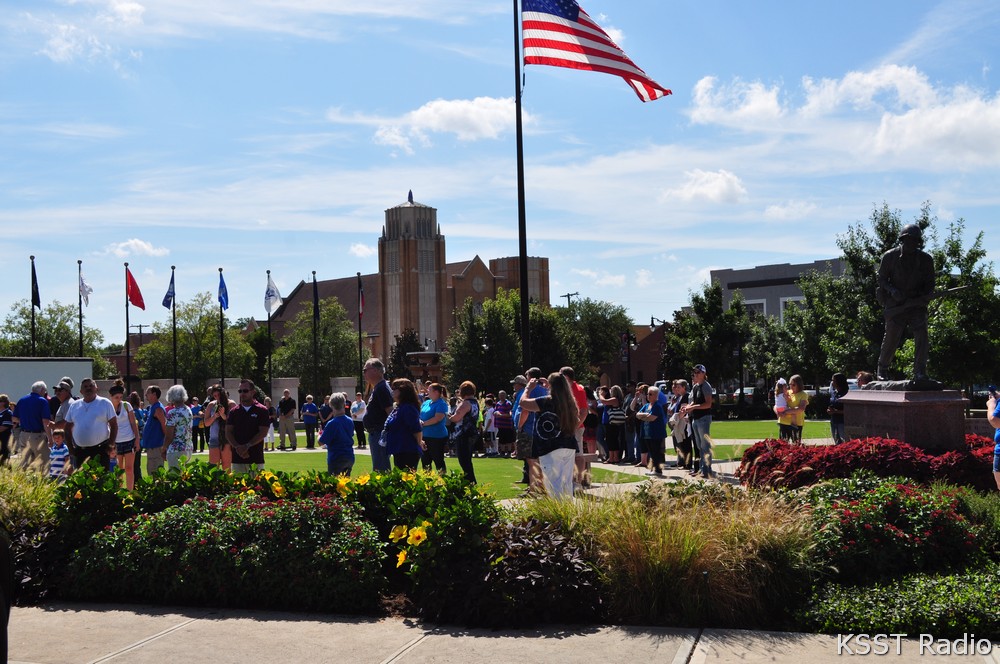 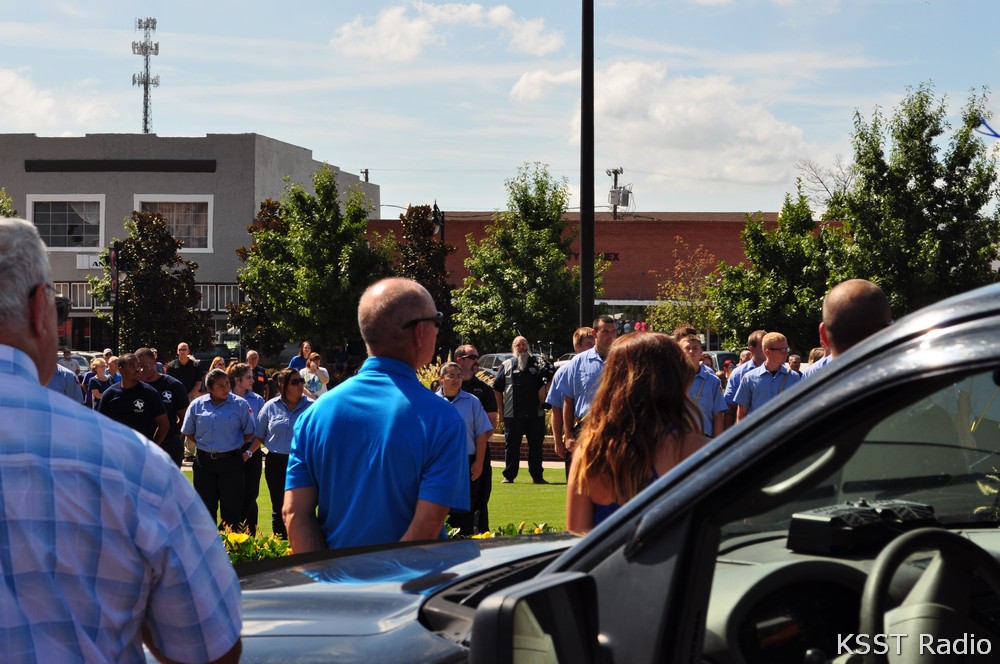 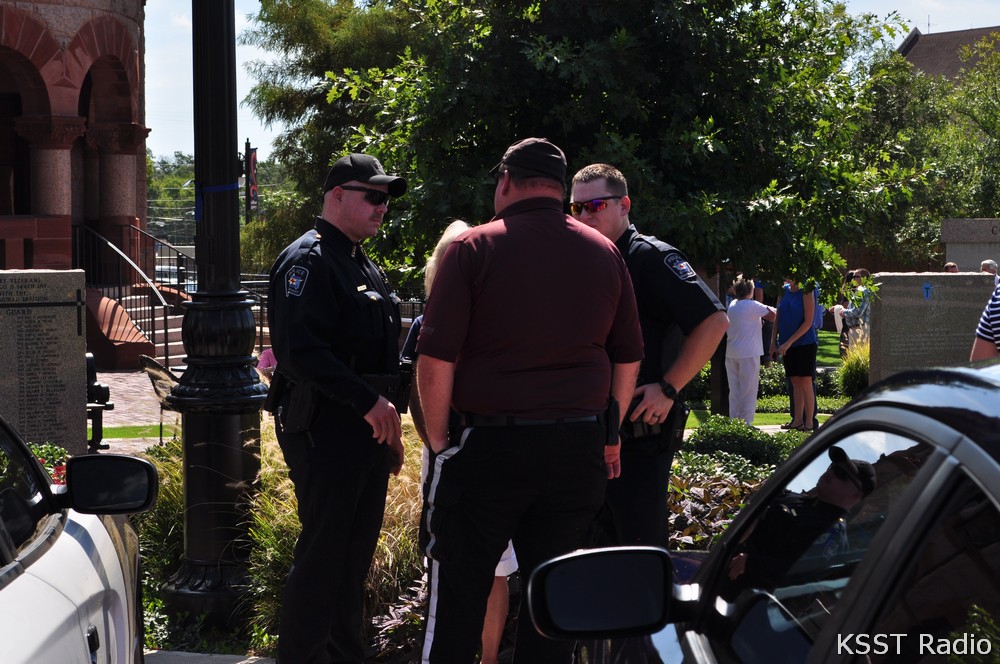 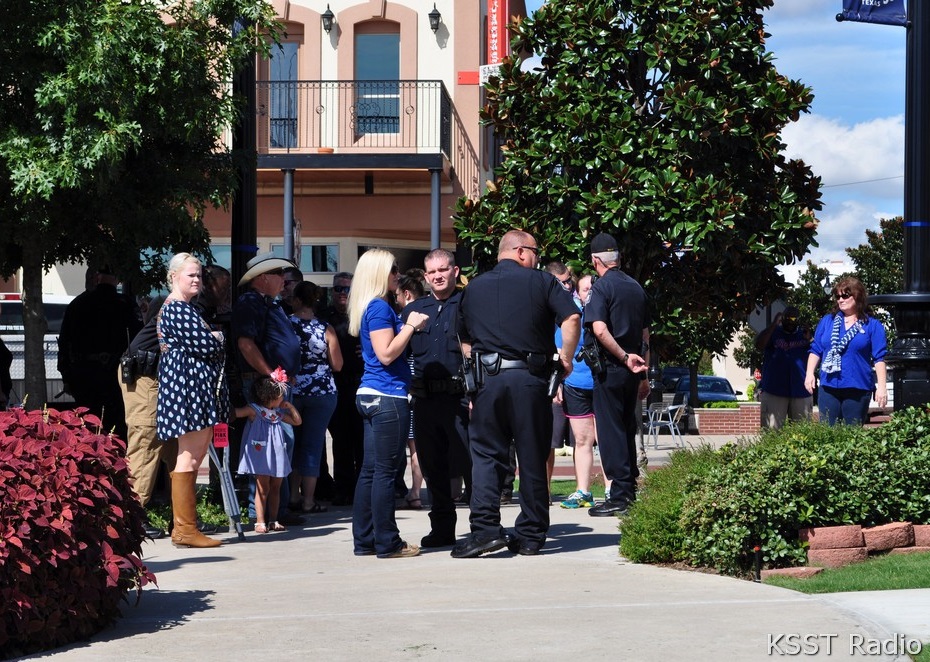 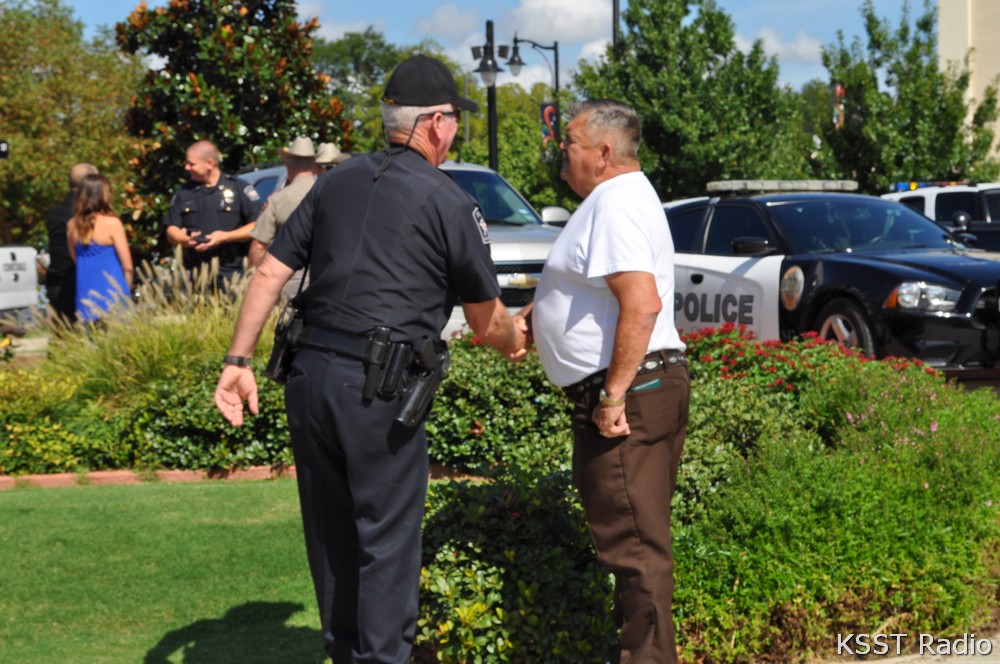 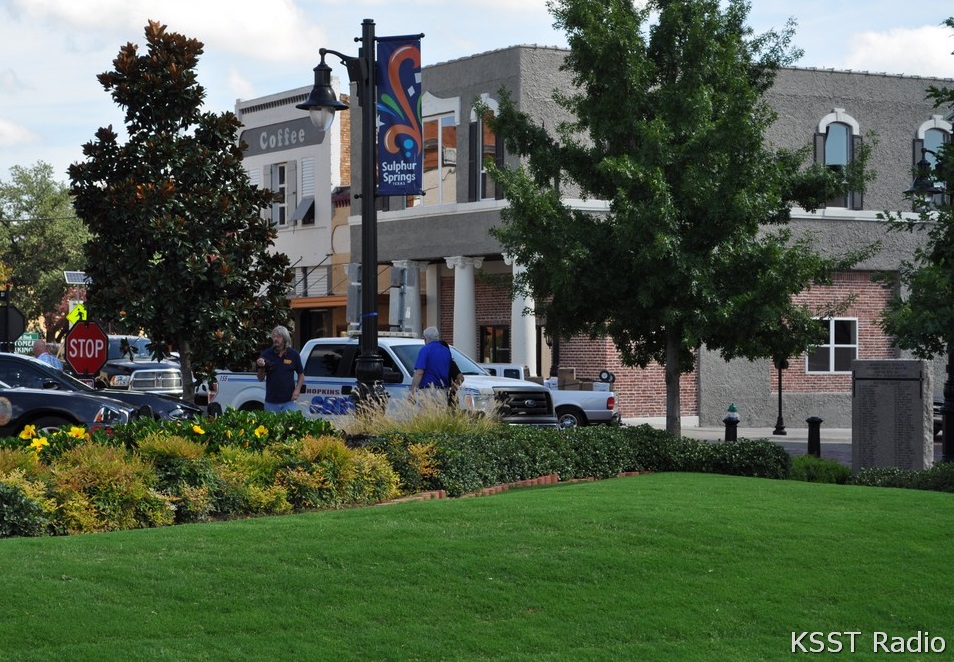 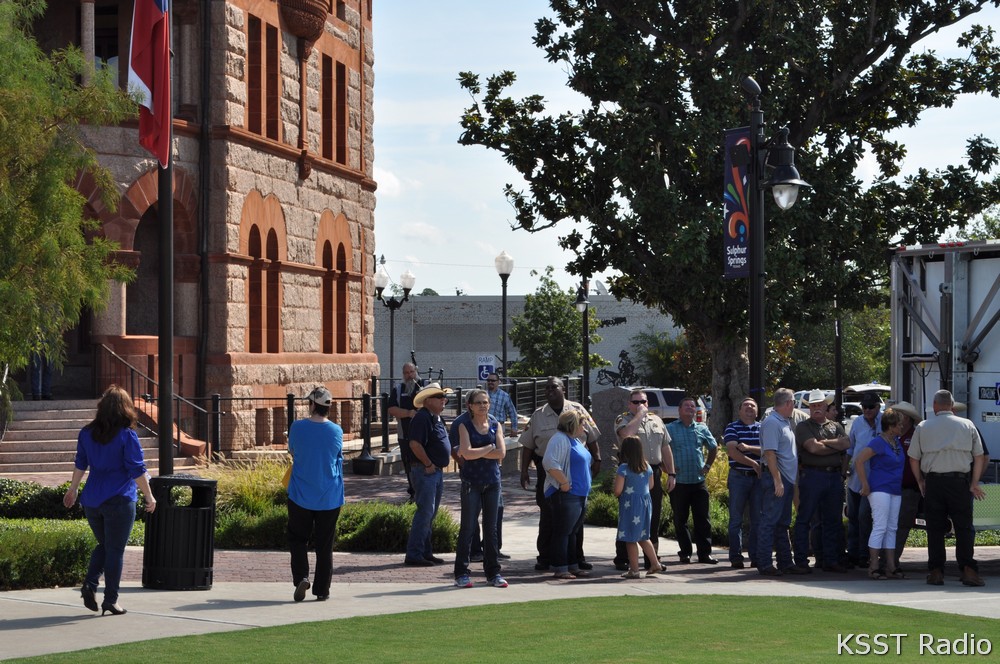 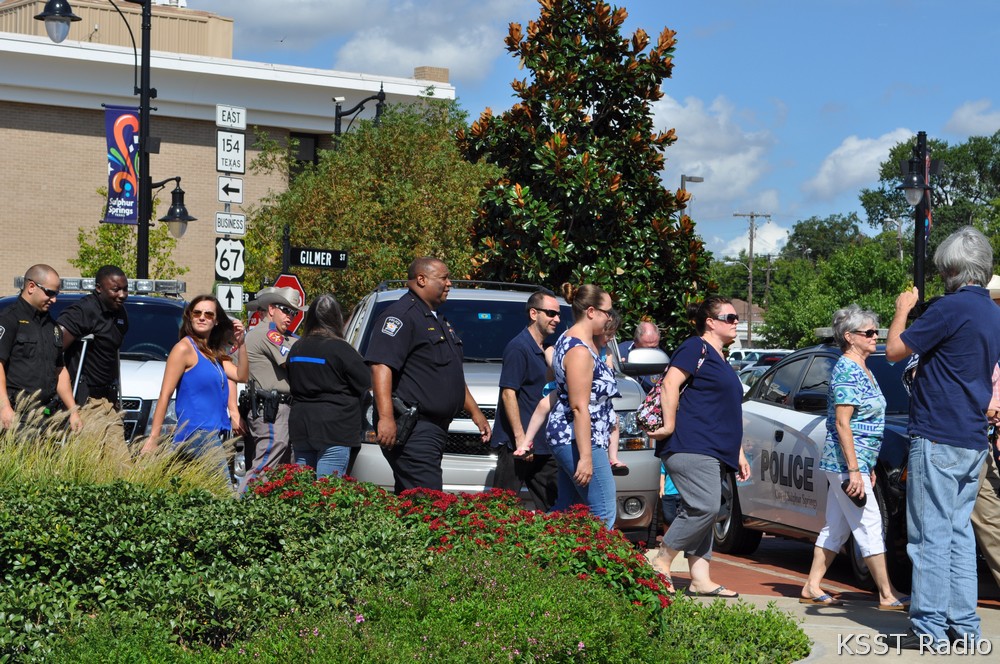 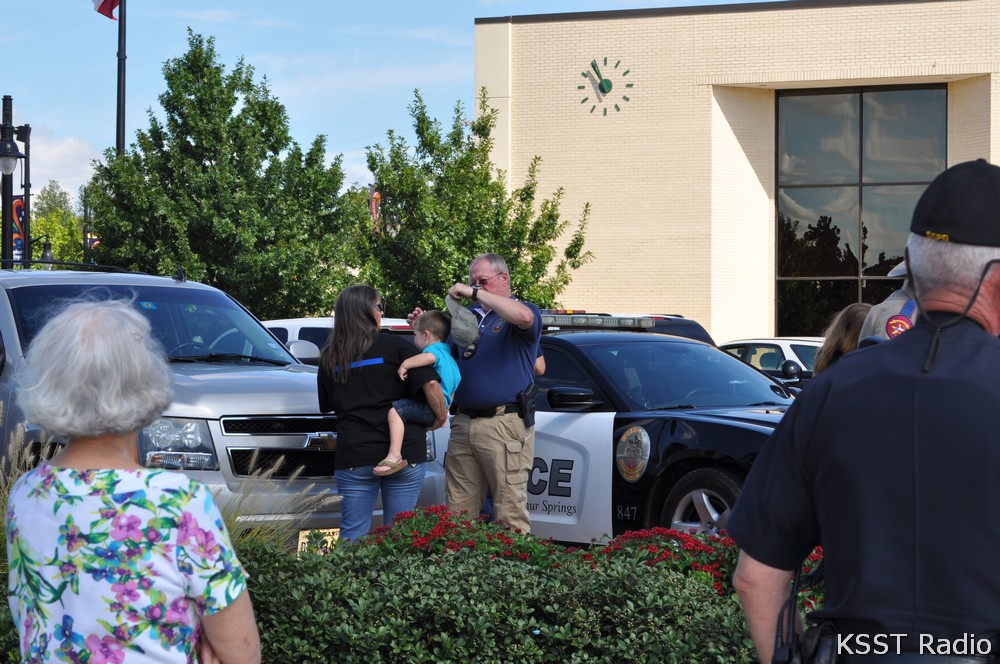 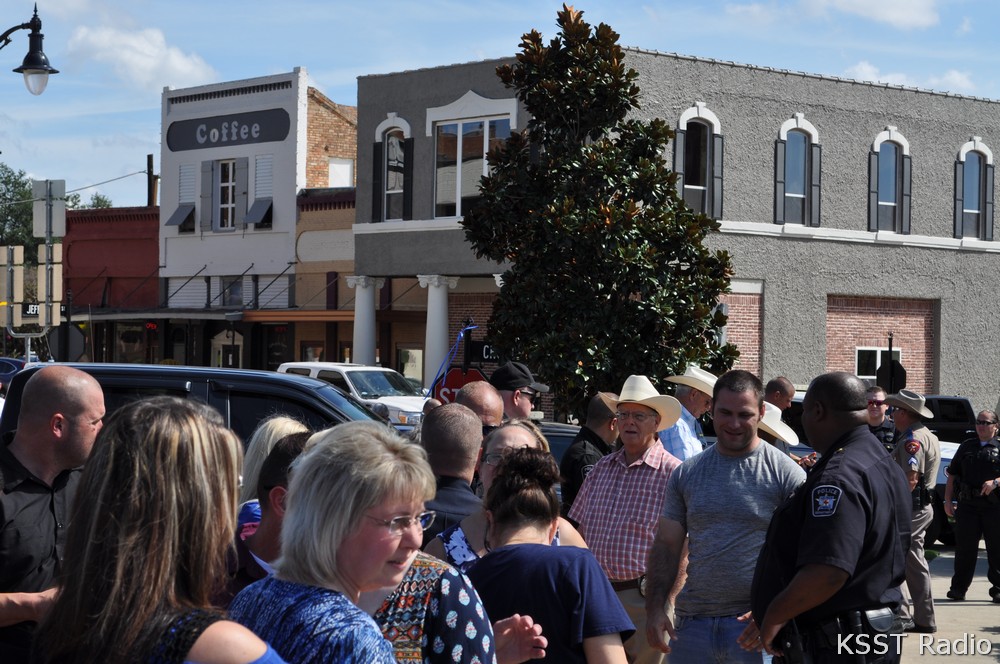 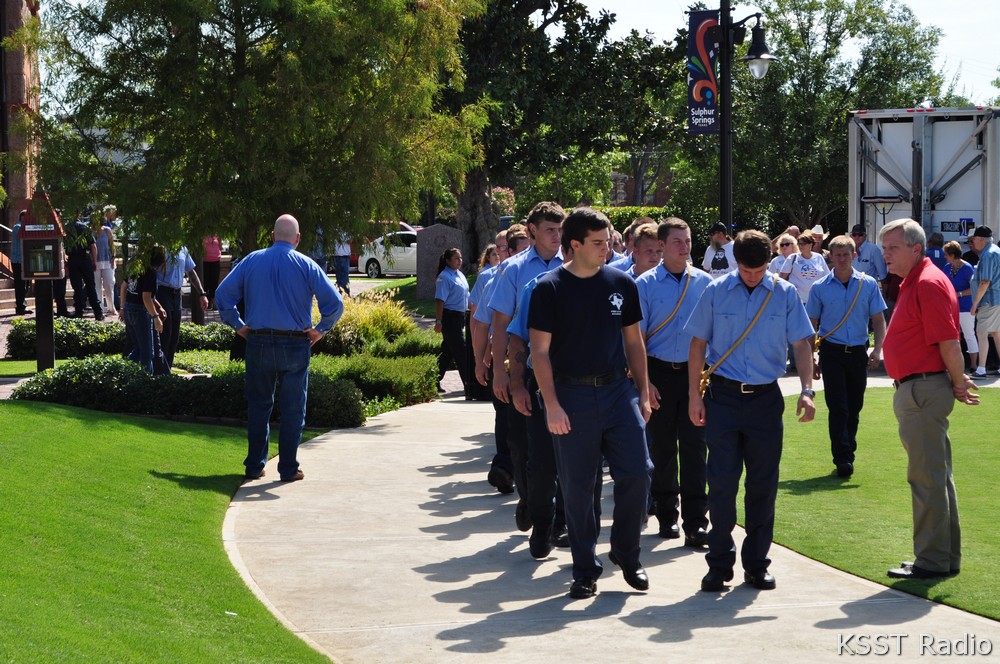 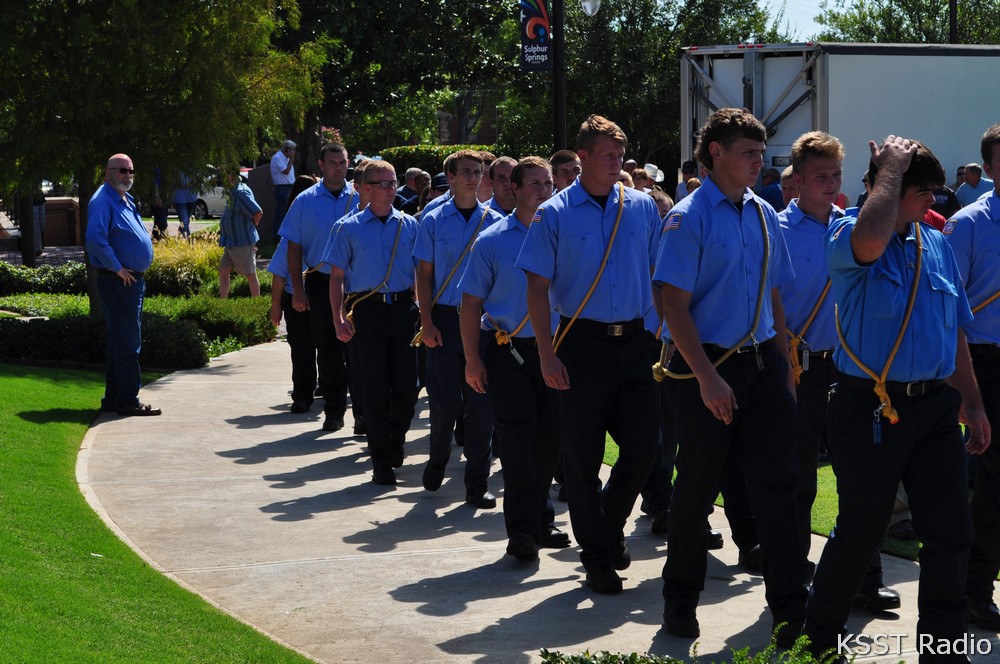 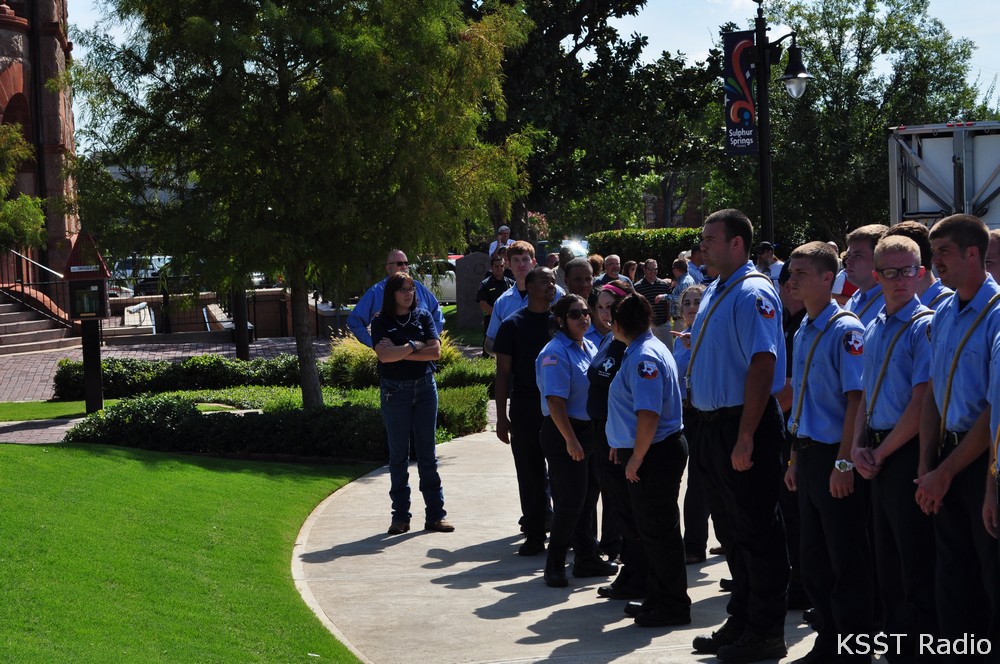 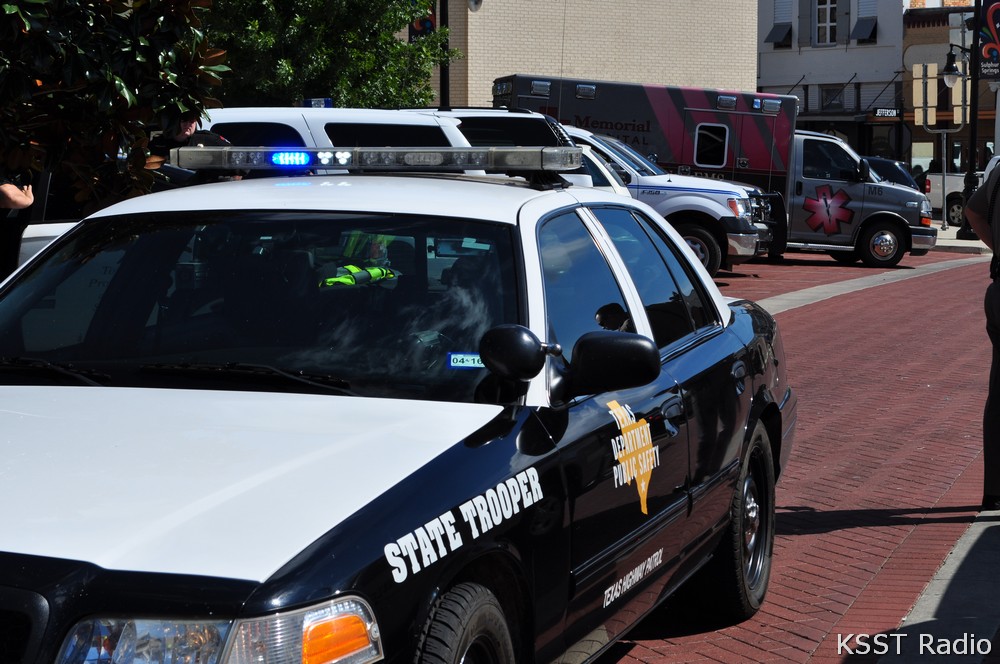 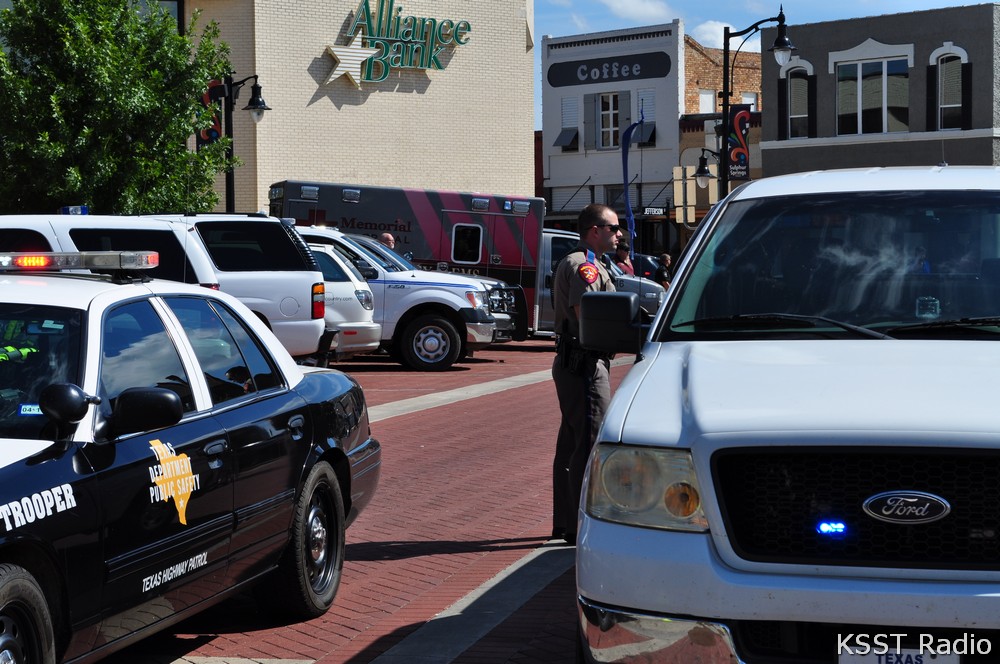 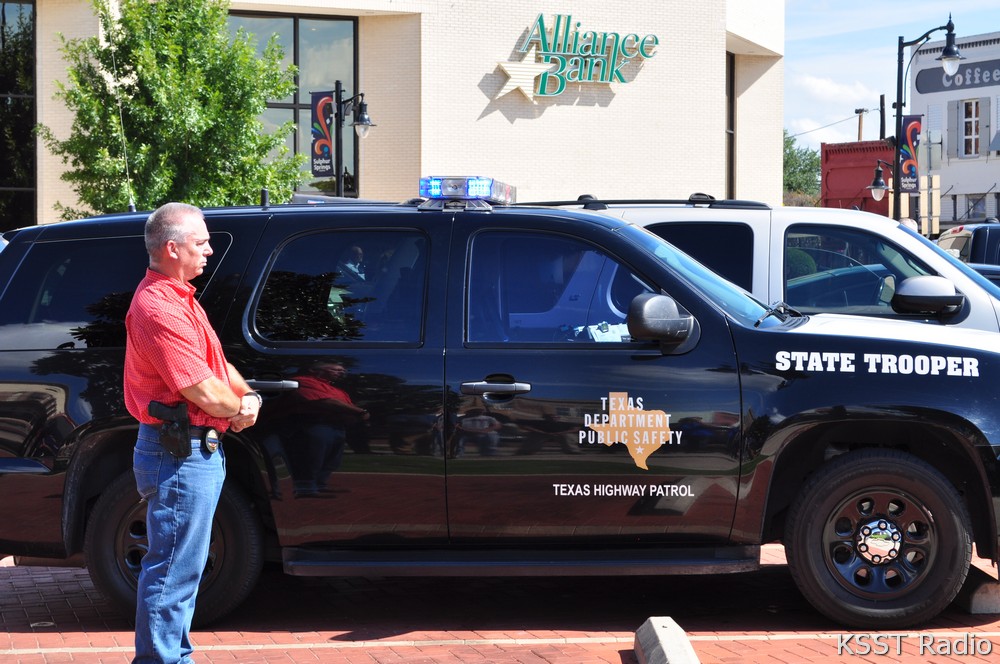 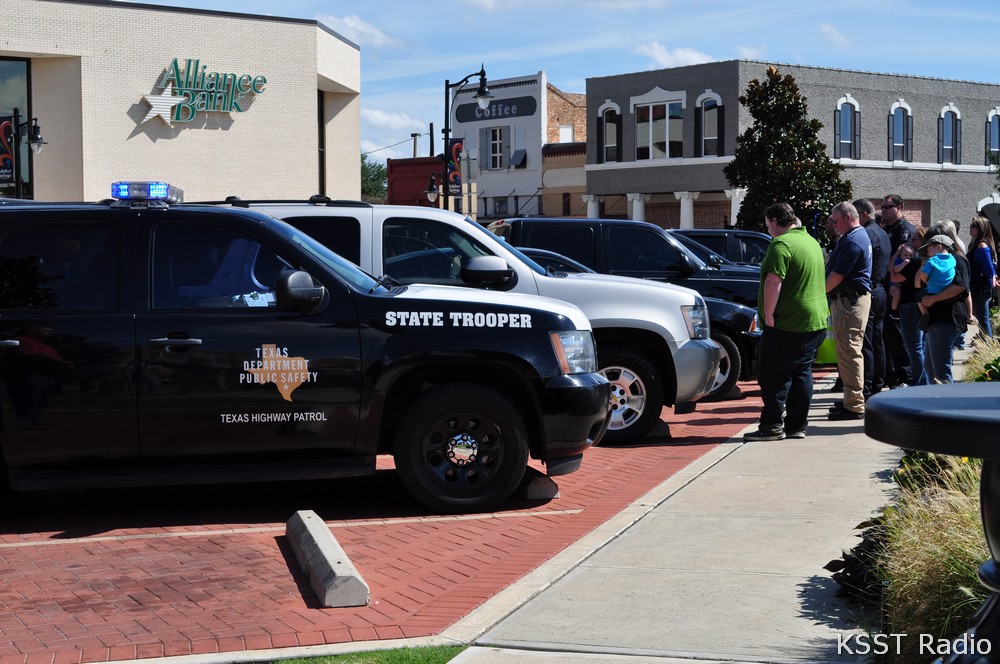 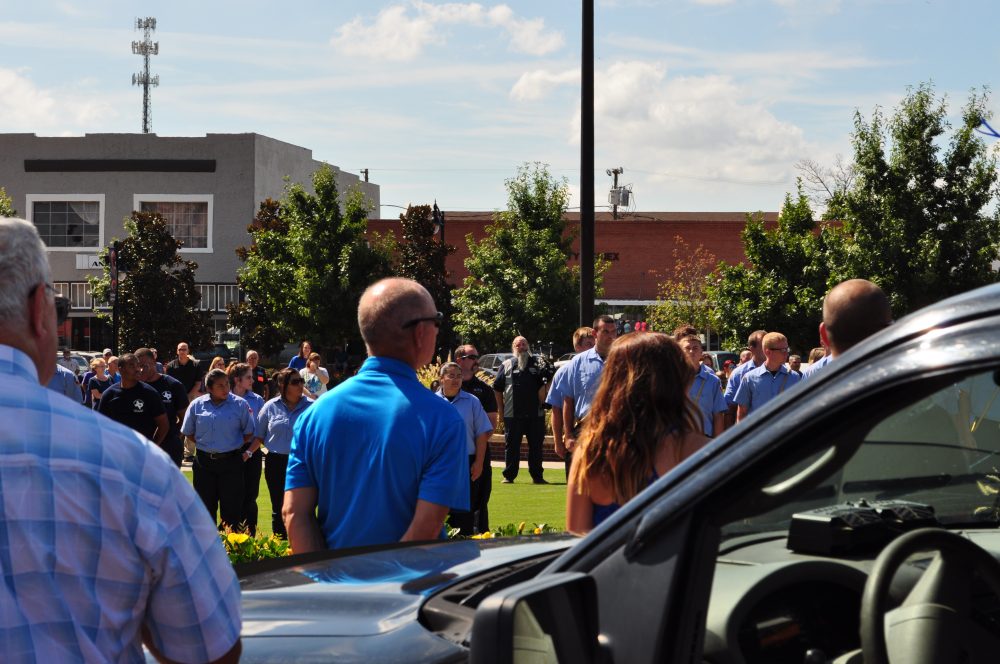