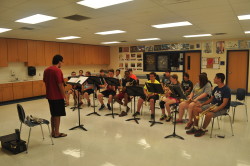 Right now the Sulphur Springs High School Wildcats Marching Band has about 135 members. That’s as large as it’s been in a long long time. Band Director Charles McCauley said it was uniform fitting day Wednesday morning. Band assistant Cyndi Welch does altering when needed. McCauley commended the attitude and work ethic of the band this year.

Special staff has been brought in to assist with coaching various instrument segments of the band. Only one time has the entire band practiced together. Friday, the band will begin learning the show for the new year. McCauley said it will take the remainder of August to learn the routine. The first football game this year is the last Friday night in August. The band ususally performs the first number of the routine at that game. 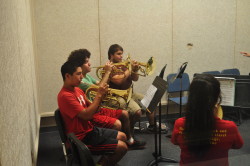 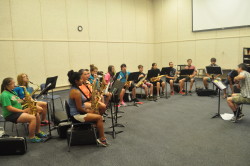