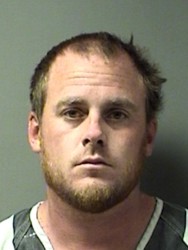 A 30-year old man from Sulphur Springs has been charged with releasing a private sex tape owned by his ex-girlfriend. Joshua Cullen Lonidier was charged with three counts of improper photography or visual recording before Justice of the Peace Brad Cummings who set bond for each of count at $35,000 for a total of $105, 000. The man reportedly sent the video to his ex-girlfriend’s family after they broke up. Hopkins County Sheriff’s Criminal Investigator Charles Humphries said Lonidier was arrested in Arcadia, Louisiana and was transported back to Hopkins County by Deputy Philips after signing extradition.

The video was acquired by Lonidier when he went through the personal property of the ex-girlfriend. He then copied the videos and pictures before sending them out.