The Professional Ag Workers has organized the 2015 Hopkins County Hay Show. Samples will be welcomed September 1 to September 18th at the Hopkins County Extension Office located at 1200B Houston Street, in Sulphur Springs. All samples will be tested for protein and energy free to the producers, courtesy of the Northeast Texas Farmers COOP in Sulphur Springs. Top places will be awarded $100, $75 and $50 for first, second and third places. A feed sack full of hay will be a sample. For hay to be able to compete, the crop must be grown in Hopkins County. Top ten entries will participate at the hay show auction breakfast October 1, 2015 at 6:30 AM at the Professional Ag Workers Building located at 957 Connally Street in Sulphur Springs. 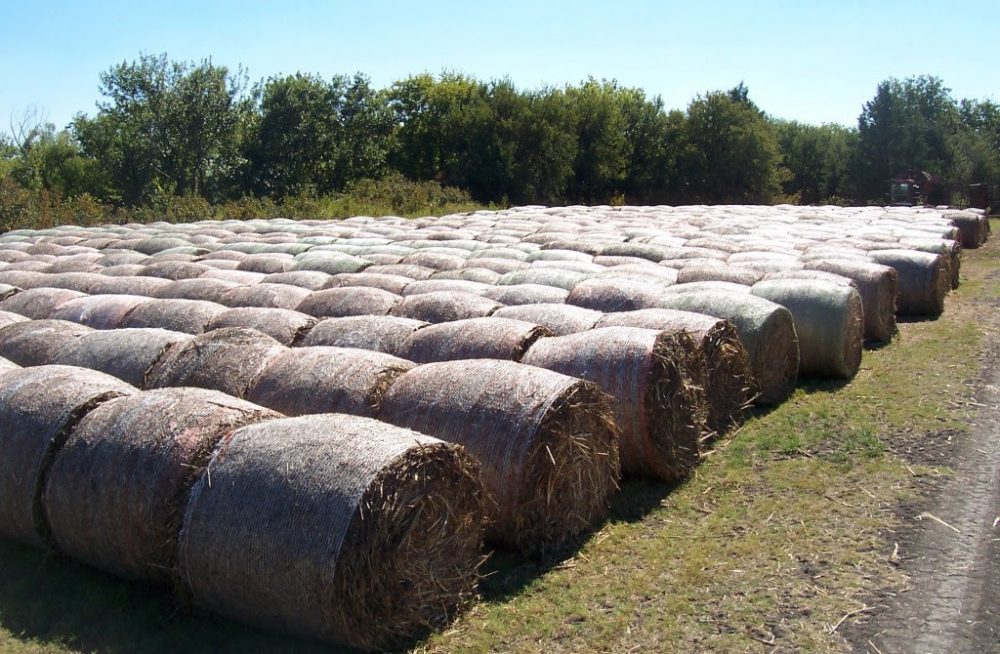 Recently I got an information request related to beetles in hay. This particular hay was feed to horses. The main concern that comes to my mind are blister beetles. Blister beetles vary by species in shape, size (3/8 to 1 inch long) and color (solid gray to black or with paler wing margins, metallic, yellowish striped or spotted). Most are long, cylindrical narrow-bodied beetles that have heads that are wider than the first thoracic segment (pronotum). The wing (elytra) covers are usually soft and pliable. Although over 100 species occur in Texas, common blister beetles include:, the black blister beetle; Epicauta pennsylvanica (De Geer), E. occidentalis (east and central Texas) and E. temexa (south Texas) are mostly orangish-yellow with three black stripes on each of the wing covers (elytra). A west Texas species, Cysteodemus armatus LeConte, has wing covers that are broadly oval and convex, colored black with bluish or purplish highlights. The life cicle is of complete metamorphosis; hypermetamorphosis. Winter is spent in later larval stages and pupation occurs in the spring. The pupal stage lasts about 2 weeks and adults appear in early summer. Female beetles lay clusters of eggs in the soil. The first stage (instar) larva hatching from the egg (triungulin) is a tiny, active, long-legged larva that seeks the appropriate host. Once there, the larva develops through a number of stages, each with progressively reduced appendages and increasingly grub-like in appearance. The first number of larval stages develop within about month, but the second to the last (pseudopupa) can remain for about 230 days before molting into the last (sixth) larval stage in the spring. Generally, one generation occurs per year although some develop in 35 to 50 days while in others, development takes 3 years. Black blister beetles have a mouthparts adapted for chewing. Blister beetle species feed on flowers and foliage of a wide variety of crops including alfalfa, ornamental plants, potatoes, soybeans, garden vegetables and other plants. Immature stages feed on grasshopper eggs, live in solitary bee hives or are predaceous, depending on species. Adults can be found on flowers or infested crops. Care should be taken to not handle them. Never handle blister beetles preserved in alcohol because the cantharadin dissolves in alcohol and will cause blisters on the skin. Adults usually occur in loose groups or swarms that feed on leaves of certain plants, especially legumes. Their bodies contain a toxin (cantharadin) that can cause blisters to form on the skin. Animals, particularly horses, ingesting beetle contaminated feed become extremely ill and may die. Handling blister beetles can cause blisters on the skin as a reaction to cantharadin. Larval stages feed on grasshopper eggs or are predaceous and are thus considered to be beneficial, although a few species feed in nests of solitary bees. According to the University of Kentucky- Extension, blister beetles contain cantharidin, a toxic defensive chemical that protects them from predators.  Accidentally crushing a beetle against the skin can result in a painful blister, the source of the insect’s common name.  In sufficient quantity, the cantharidin in the bodies of living or dead blister beetles can be toxic, and in some cases lethal, to horses, sheep, and cattle. The lethal dose is estimated to be between 0.5 and 1.0 mg of cantharidin per kilogram (2.2 lbs) of body weight. Cantharidin is very stable and remains toxic in dead beetles for a long time. Animals may be poisoned by eating crushed beetles in cured hay. The severity of the reaction, ranging from temporary poisoning, to reduced digestive ability, to death, depends upon the amount of cantharidin ingested and the size and health of the animal.  Poisoning symptoms usually appear within hours and include irritation and inflammation of the digestive and urinary tract, colic, and straining during frequent urination. This irritation may also result in secondary infection and bleeding. In addition, calcium levels in horses may be drastically lowered and heart muscle tissue can be damaged. Since animals can die within 72 hours, it is imperative to contact a veterinarian as soon as blister beetle poisoning is suspected. For more information on this or any other agricultural topic please call the Hopkins County Extension Office at 903-885-3443 or email me at [email protected].