Animals of the Week: Anna and Elsa

Home » Headlines » Animals of the Week: Anna and Elsa 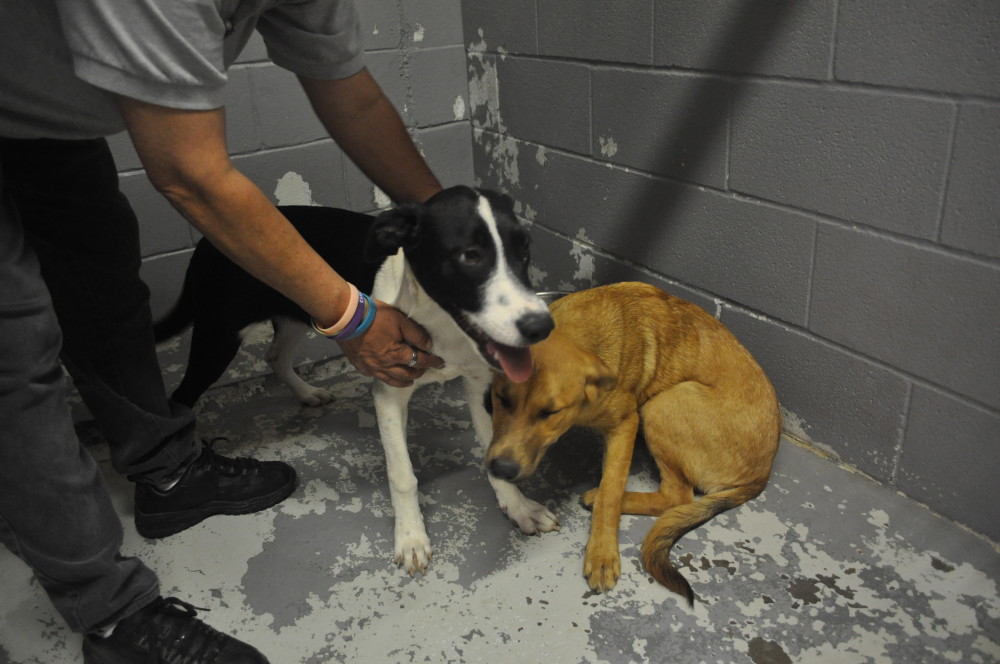 “They are untrained,” Animal Control Officer Barbi Blanch said.” They are young, so they’re trainable.”

The two dogs are both 6 months old, which is the perfect time to begin their training, according to Animal Shelter staff. It is actually unknown if the two dogs are, in fact, sisters. They are assumed to be sisters based their friendship and dependency on each other, as well as their similarities in breed. Neither dog has received shots in the past.

“We will start them on their puppy shots today so that we can try to get them to a home,” Officer Blanch said. “They’re not quite at the age for heartworm tests, so we’re going to let that slide until they’re old enough.”

Both dogs behave great with each other, furthering the assumption of sisterhood. They have been kept together in the same cage and have yet to fight with each other or any other animals. They seek attention from people, and bear no signs of past injuries.

The names of the two dogs, Anna and Elsa, are actually placeholder names. The Animal Shelter usually names animals only when promoting the animal for adoption. They try to avoid giving the animals any permanent names so as to not form any emotional attachments. The current Animal Shelter Mascot, a quiet and playful dog named Gracie, was one such animal that Shelter staff grew attached to in the past.

The Animal Shelter has commented on another possible off-site event which could take place in two weeks.