Animal of the Week: Priscilla the Pup

Home » Headlines » Animal of the Week: Priscilla the Pup

Priscilla is a two month old Lab/Spaniel mix. She was found yesterday, August 10 at 2:00 p.m. on Casey Street. She appeared by herself at a woman’s house. The woman took Priscilla to the Sulphur Springs Animal Shelter.

“She’s a little scared, that’s why I figured she was probably dumped,” Animal Shelter Officer Barbi Blanch said. “No one is really going to be looking for her. She’s really shy and just hasn’t had much attention.”

Pricilla is believed to have been dumped by the owners of her mother who may have lived outside of the city limits. The Animal Control  officers do not take the calls outside the city limits. Priscilla had never had any physical interaction with other animals until she began playing with Animal Shelter mascot dog Gracie during the Animal of the Week interview. She is currently being held for three days as a stray before she becomes an official Shelter dog, unless her owners come to reclaim her. 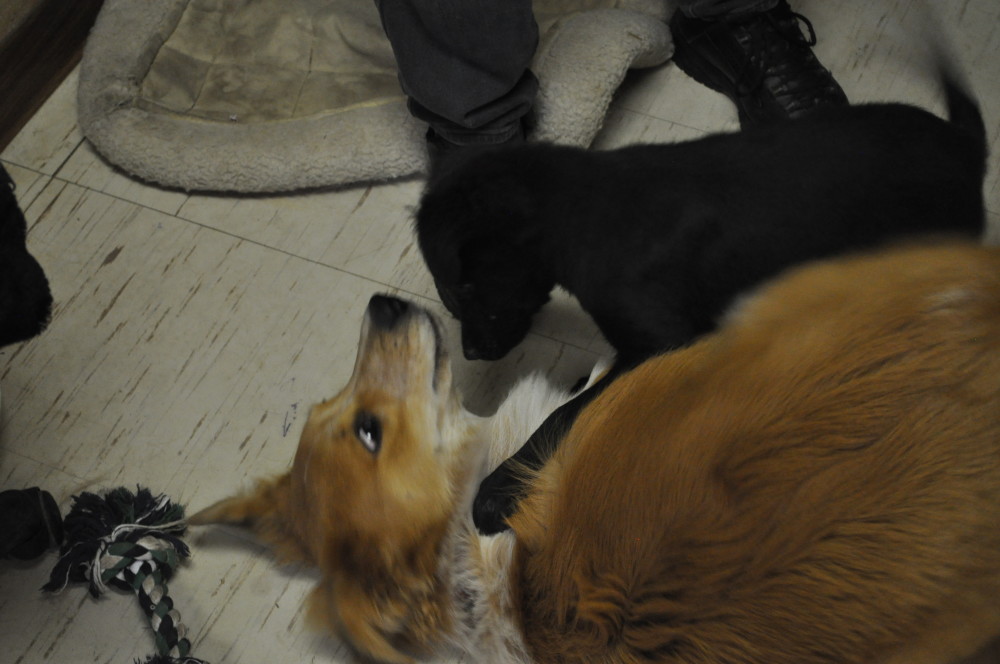 Priscilla plays with another animal for the first time, showing her playful and friendly nature.

“We have to hold stray animals for three days to give the owner time, but like I said, in her case, more than likely she was dumped,” Officer Blanch said. “But we are still giving them the benefit of the doubt. She will be ready to get her first vaccinations to make her appearance at the off-site adoption event on Saturday.”

Priscilla, along with 4 younger pups and a cat, will be presented at another off-site adoption event at Tractor Supply on Saturday from 11:00 a.m. until 4:00 p.m. Puppies usually get adopted much faster than adult animals. However, being a solid color animal, Priscilla may be passed over for an animal with brighter and more vibrant colors since people tend to prefer these animals, according to Officer Blanch.