After a long wait….  Miller Grove News is Back!

Home » Headlines » After a long wait….  Miller Grove News is Back!

Since school has started back this week I believe it is time to fire up the old computer and start writing the Miller Grove news once again. I took a small break from writing the column back in May when things started getting very busy for me. I also knew with school not in session during the summer there wouldn’t be very much information that would be newsworthy.
We were blessed with a large amount of rain this spring and early summer but from the looks of the brown, crispy grass in some areas we are still in need of a few good showers to green things back up.
Since my last writing we have had a few people with MG connections who have passed. Darrell May, Delouris (Russell) Akins (wife of Freeman Akins) and Dessie Hamrick in June, Mary Mercer in July, and Edgar Franks Sr. and Kenneth Stripling in August. All with the exception of Dessie Hamrick and Mary Mercer were buried in Miller Grove Cemetery.
Happy Birthday last week to Jarred Jennings on Aug. 19, Kathy Wren on Aug. 20, and Leanne Bryant on Aug. 22.
This week I will wish Happy Birthday to Ruby (Ferguson) Long on Aug. 23; Kyle Crow, Linzy Harland & Darin Petty on Aug. 24; Barbara (Spinks) Lynn on Aug. 25; and Richelle (Flecker) Johnson on Aug. 29.
Happy Belated 50th Anniversary to Glen and Carolyn (Bearden) George! The longevity of marriage has somewhat diminished with a larger part of the population so it is always a special occasion to get to celebrate a milestone such as a Golden Anniversary.
Speaking of birthdays, the Weaver family just welcomed the newest member of their family last Friday. Blakely Reese Weaver, daughter of James and Kayla Weaver, was born Friday, Aug. 21. She weighed 5 lbs, 11 oz, and was 18 inches long. From all accounts father, mother, and brother (Jaxson) are all doing well and enjoying little Blakely. Grandparents are Ernie and Vicki Weaver of the County Line community.
Happy 23rd Anniversary to Monty and Vanessa (Boss) Tipps on Aug. 22. Sunday, Aug. 23, was the 46th Anniversary of Fred and Ann Moseley of the Palestine community.
A very special celebration was held two weekends ago at County Line Baptist Church. Geneva (Garmon) Stripling was honored with a 100th birthday celebration. Relatives from near and far joined together in the Family Life Center at County Line to congratulate Mrs. Geneva on her milestone birthday. Geneva was born in neighboring Rains County on Aug. 16, 1915, the oldest daughter of Russell Frank Garmon and Ola (Landrum) Garmon. After a short stint of living in Post, Texas, the family returned to Rains County where Geneva and the rest of the Garmon family were reared in the Prospect community. Geneva attended the Waskom school and after completing her course of education the family moved to Miller Grove (abt 1937). In our small community is where she met her future husband, James Wesley Stripling. They were married in Cumby on July 23, 1939. The couple moved to Lancaster after the birth of their three children (Jeanetta, Kay, and Richard) and later returned to Miller Grove after their retirement in 1980. James passed in 1999 and is buried in Miller Grove Cemetery. Many friends and family were on hand Sunday to share in Geneva’s special day. Congratulations on your 100th birthday, Geneva, and many more!
The Garmon and Stripling families also suffered a loss in their family this last week. Kenneth Paul Stripling passed Aug. 18, in DeSoto, TX and was buried in Miller Grove Cemetery on Aug. 22. He was born the son of Bruce Curtis Stripling and Leona Louise (Garmon) Stripling on July 5, 1943, in Dallas. He was retired USMC after 22 years of service defending our country. He is survived by his wife, Joann Stripling; several children, grandchildren, and cousins. Visitation was held at West Oaks Funeral Home on Aug. 21 with funeral services being conducted in the Miller Grove Methodist Church on Aug. 22.
School started for students on Monday, Aug. 24. I know faculty members and administration have been working very hard to prepare for another successful school year. PTO hosted a “Meet the Teacher/Family Night” on Thursday, Aug. 20 at 5:30 pm. There were a good showing of students and parents and I was glad to see a lot of the faculty that I worked with while I was employed at the school. The PTO served BBQ and encouraged parents to volunteer for work times during the Fall Carnival in October.
Good luck to all students, parents, and employees at the district in what is hoped to be a very successful school year!
In closing, a note to thank all of the people who inquired about why I wasn’t writing the Miller Grove News this summer. I thought about not starting the column back during the fall but several people encouraged me and said that they enjoyed what I had to report, so here I am – reporting once again.
As you travel the highways and byways don’t forget that all roads lead back home and back to Miller Grove. Please send me any newsworthy information. My email address is 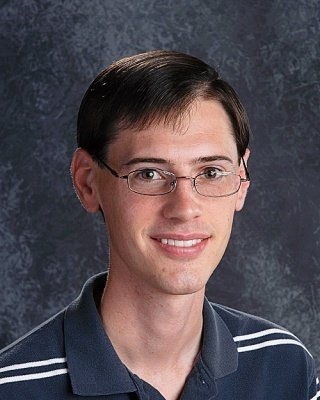