Winn Sentenced to 15 Months in TDJC 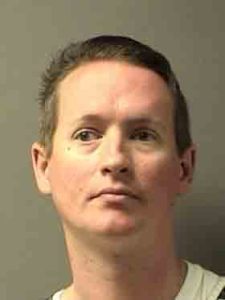 Thursday afternoon in 8th Judicial District Court, Daniel Winn, a former Criminal Investigator with the Hopkins County Sheriff’s Office, was sentenced to day-for-day 15 months in the Texas Department of Corrections. Winn was sentenced based on 7 counts of tampering with evidence which are state jail felonies. Appointed Special Prosecutor Gary Young of Lamar County and the court dropped 7 third degree felony counts.

Winn’s attorney Larry Blount, said,  regarding the charges, the deal was reached with the special prosecutor in April.

During Winn’s time with the sheriff’s department, he had worked various cases including specializing in child pornography. Winn had been terminated from employment with the Sheriff’s office at the time of his arrest last year.