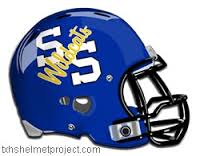 All the season ticket activity will take place at a new location this year, the High School Conference Center. Office hours for season ticket week will be 8:45 a.m. until noon and then 1 p.m. until 5 p.m. The office will be closed from noon until 1 p.m. each day. Patrons are asked to enter high school from the Connally Street entrance and follow signs to the Conference Center.

This years home schedule includes the season opener against Rockwall Heath on Friday, August 29. Other home games include the Homecoming game against Whitehouse and district games against Mt. Pleasant, Pine Tree and Marshall. The Wildcats first scrimmage this year will be at Prim Stadium against Liberty-Eylau on Friday, August 14. They will also scrimmage at Royse City on Friday, August 21.