On July 1, 2015, Rodeo Producer/Director, Trick Rider and Fancy Trick Roper, Mike Pribble was honored with the unveiling of a plaque at the Hopkins County Civic Center Equine Pavillion.  Below are pictures from the event.   More story to come! 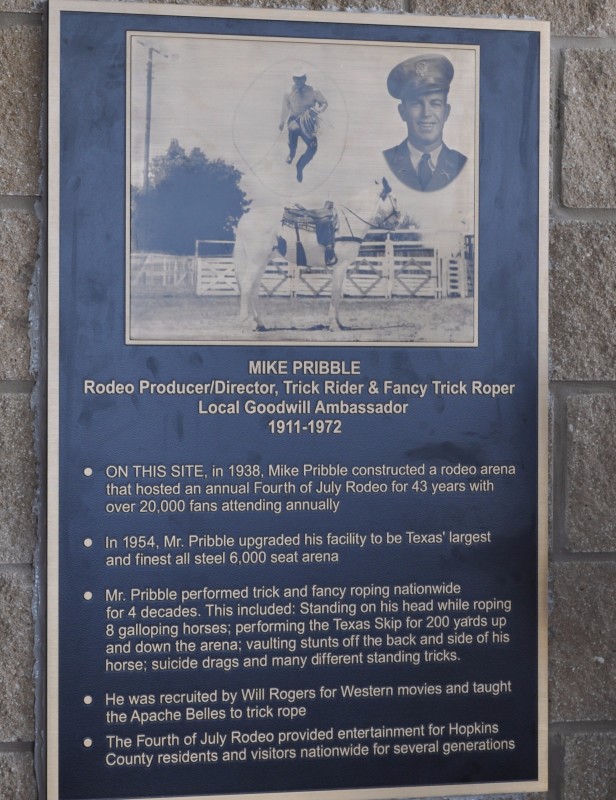 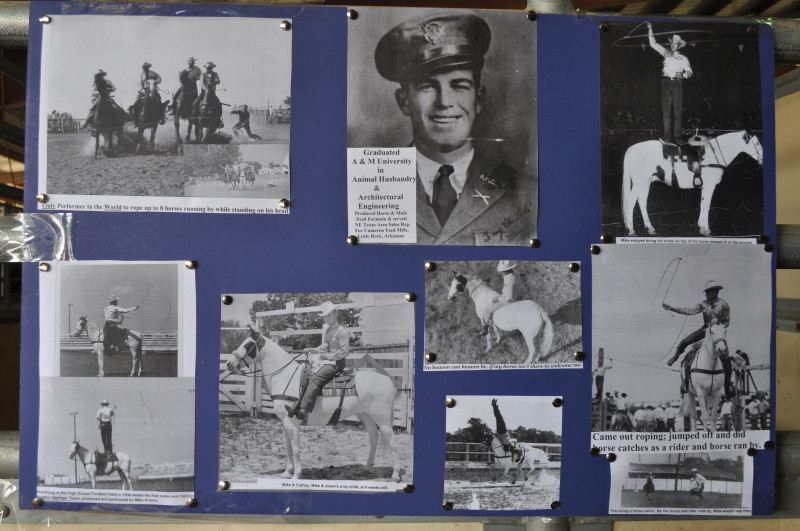 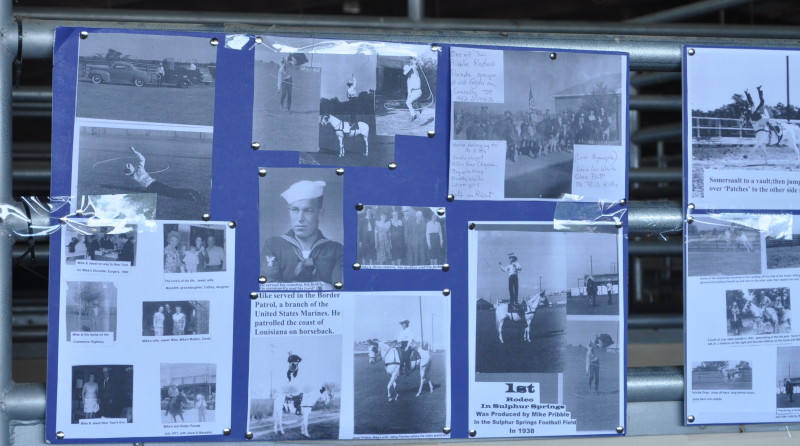 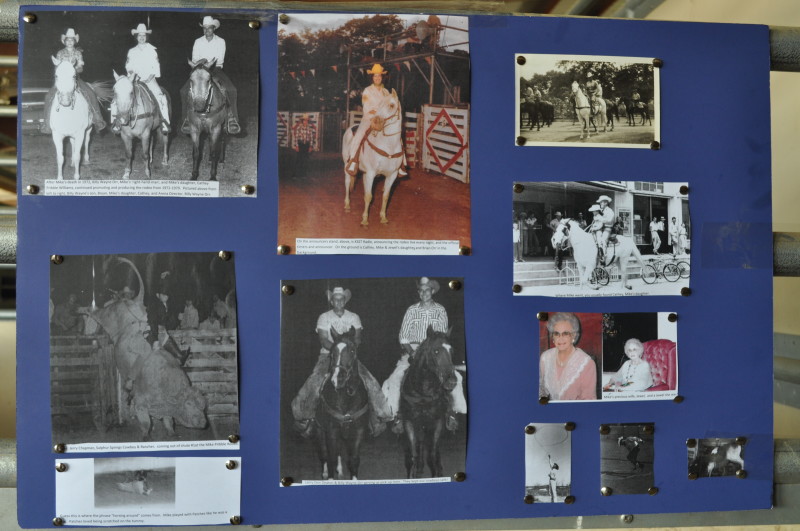 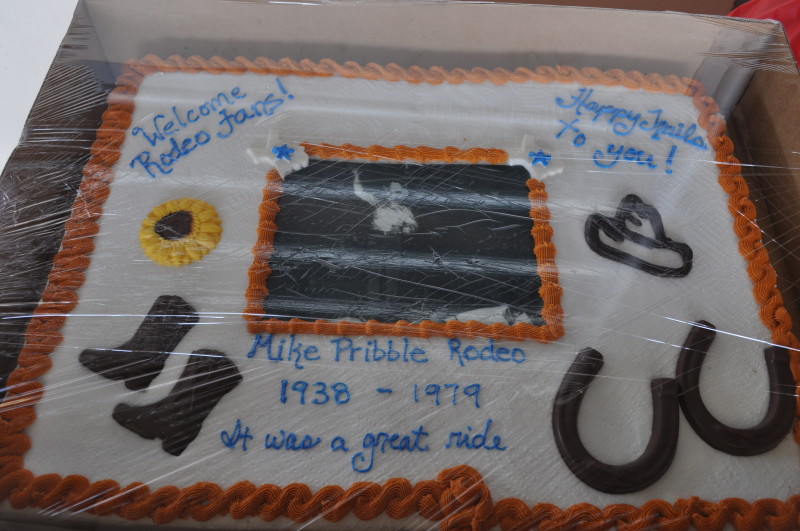 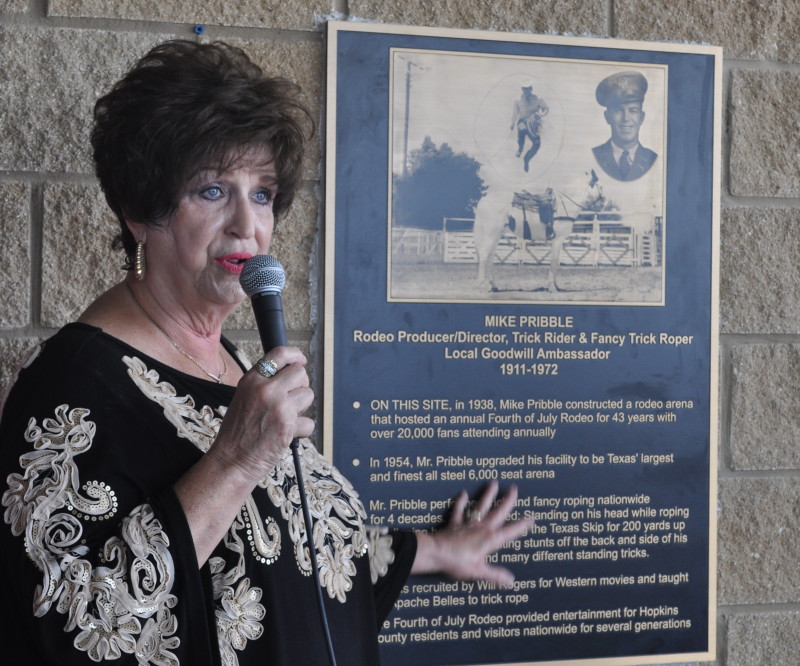 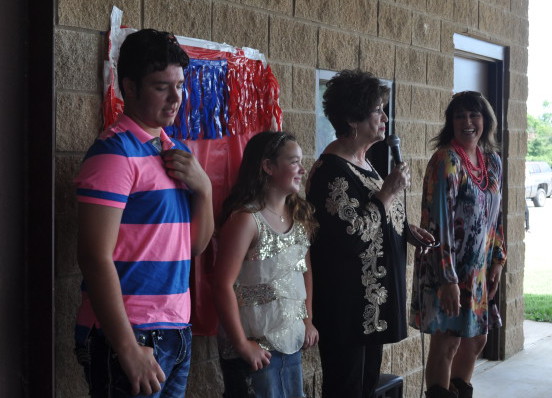 Pribble’s daughter, Kathey Williams, thanked all who had helped make the plaque and day possible. She said all present for the event have a special place in her heart.

Ms. Williams noted that KSST Morning Show Host Enola Gay had the vision in 1990 to seek the honor given Pribble.  It was that year that Enola presented Pribble with the Cowboy Award, a part of the National Day of the Cowboy. From that moment, Enola Gay thought something had to be done to fund the honor. Fundraising began with a chili cook-off and then Enola pursued other sources of funding as well.

Charles Helm joined the effort, Ms. Williams noted.  Helm approached the county commissioners, regional civic center board, and others regarding the placement of a plaque honoring Pribble at the Equine Pavilion. Ms. Williams called that a momentous time. Adam Teer, Director of the Hopkins County Regional Civic Center, did much of the work in having the plaque prepared.