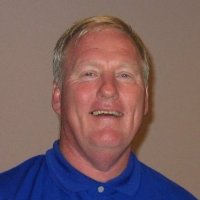 A former Sulphur Springs High School Wildcat assistant and then head football coach will join his nephew, and a former Wildcat player, as they coach on the college level together. Not only as a football coach but as a committed Christian, Chuck King will make a strong addition to King’s nephew Josh Eargle’s staff. Eargle is head coach at East Texas Baptist University. King will be one of three new additions to the staff.

King will work with defensive linebackers and special teams. He is a part-time assistant but wants it that way.  “Josh changed the defense for this next season,” King said as he pointed out the strength for the Tigers has been their offense.

Another of the additions to the team this year is a friend that King has coached with and against in the past. Scott Highsmith, who coached with Mike Leach at Tech and came to ETBU from Southwest Oklahoma, was one of the first to develop the spread offense. King said Highsmith was looking for a solid program to complete his coaching career. Both Highsmith and King think ETBU will be developing that program. King praised the academic leadership  at ETBU as well as the athletic program.

The experience of coaching in the East Texas area and his knowledge of the game, especially defense, will assist not only with the performance of the team on the field but also with recruiting players for the future.  A number of East Texas student/athletes are on the Tiger team for next season including Garret Hood, a 6-3, 230 lb, sophomore from Sulphur Springs. King said he continues to have contacts with coaches across  the area but his primary work in recruiting will be on campus. He said the staff has done a great job recruiting this year and his work in Spring practice gives him confidence for this next season.

East Texas Baptist football plays Division III in the American Southwest Conference against McMurry, Belhaven, Mary Hardin-Baylor, Hardin-Simmons, Sul Ross State, Howard Payne, Southwestern, and Louisiana College. ETBU is coming off a 1-4 conference season with a 4-6 overall record for 2014. This past year was the first year the team won four (4) games on their home field, Ornelas Stadium, since 2003.  ETBU revived their football program in 2000.

Eargle will enter his third year as head coach at the Baptist school.