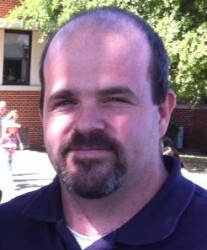 “There’s still a lot of work to do.” Hopkins County Sheriff’s deputy Sgt. Corley Weatherford knows there is more investigation to be accomplished before the federal court trial of a former Cumby ISD math teacher. Weatherford’s statement followed the unsealing of a federal indictment against the former Sulphur Springs resident today (July 21) in a Tyler federal court. The case is now being investigated by the U. S. Secret Service, the Hopkins County Sheriff’s Office, and the Sulphur Springs Police Department. The case is being prosecuted by Assistant U S Attorney Marisa J. Miller.

On May 30th of this year, a Cumby ISD math teacher was arrested for impersonation—name and persona to create a page—and for possession of child pornography. Lucas Ray Hill, 38, was accused of stealing an identity and establishing a fake social media account which he used to exploit children including the requesting of and soliciting of child pornography. Hill had maintained a large library of pages and pictures in the social media account. Corley Weatherford, Sergeant with the Hopkins County Police Department, working with the Internet Crimes Against Children and Amanda Weatherford of the Sulphur Springs Police Department, led the investigation. Accompanied by investigators from the Hopkins County Sheriff’s office and ICAC, Weatherford served warrants on Hill Saturday morning, May 30th. Law enforcement seized numerous electronic devices used to obtain child pornography photos.

In a press conference Tuesday morning, July 21, 2015, U.S. Attorney John M. Bales announced that Hill has been charged with child exploitation by producing child pornography, enticing and coercing a minor, and transferring obscene matter to a child younger than 16 years of age. In a hearing before U S Magistrate Judge Don D. Bush, the indictment against Hill was unsealed. According to the indictment and information presented to the court, Hill created a Facebook page using the fictitious name “Aaron Cage”.

Hill is in the Smith County Jail, awaiting trial. If convicted, he faces a minimum of 10 years and up to life in federal prison.