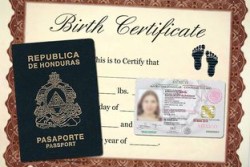 Attorneys with Paxton’s office said that the Texas Department of State Health Services, which is being sued by 17 families living in Cameron, Hidalgo and Starr counties, has sovereign immunity under the 11th Amendment and cannot be sued in federal court because it has not waived that right, according to court documents.

The immunity extends to interim DSHS Commissioner Kirk Cole and State Registrar Geraldine Harris, who are also named as defendants in the suit, Paxton’s office argues.

A spokesperson in Paxton’s office would not discuss the filing further, saying the “motion speaks for itself.” A spokesperson for the health agency was not available to comment.

Attorneys with the Texas Civil Rights Project and Texas RioGrande Legal Aid sued the agency in May on behalf of six U.S. citizen children and their parents, who are undocumented immigrants from Mexico, Honduras or Guatemala. In an amended June filing the number of plaintiffs rose to 17 families.

The families claim that the agency is violating the 14th Amendment’s Equal Protection Clause by denying birth certificates to children who are, in fact, U.S. citizens.

Local vital statistics offices, which are overseen by DSHS, have refused to accept what the families argue were once acceptable forms of IDs for non-citizens, including passports and Mexican matrícula cards issued by the Mexican consulate offices throughout Texas.

“Such refusal is de facto based on the immigration status of the Plaintiff parents. The lack of a birth certificate, in turn, is causing serious harm to all plaintiffs,” the June filing states.

According to the DSHS website, non-citizens can request birth certificates if they have two secondary forms of identification, including a Mexican voter registration card or a foreign ID card with a photo of the applicant. Foreign passports are also acceptable if they have a valid U.S. visa, which attorney Efrén Olivares said excludes his clients because they are undocumented.

The families also claim the state is improperly enforcing immigration laws, a responsibility belonging to the federal government.

In a statement to the Texas Observer this month, a DSHS official said the agency accepts several forms of ID to verify identity but not the matrículas consulares because the documents used to obtain them are not verified by the “issuing agency.”

“I would be curious to see if a similar ID issued from Canada” received the same response, he said.

Olivares and lead attorney Jennifer Harbury also argue that if the state changed its policy, it did so without alerting the public or going through an official process.

According to the court filings, plaintiffs Diana Hernandez and Javier Reyes, Mexican citizens who moved to Texas more than a decade ago, received birth certificates for their children in 2009 and 2010 after showing their matrícula cards. They tried again in January after their third child was born and were denied.

Harbury said Wednesday afternoon that her team would file a response after reading the state’s motion. The problem appears more widespread than just the families in the lawsuit, she said.

“What I know is there is a very large number of people who are afraid to come forward,” she said.

This article originally appeared in The Texas Tribune at http://www.texastribune.org/2015/07/22/state-asks-court-dismiss-lawsuit-over-birth-certif/.