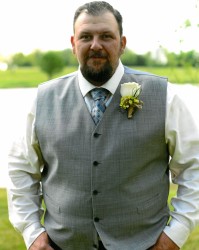 Scotty passed away Wednesday, July 1, 2015 at Birthright.  He was born in Sulphur Springs on November 28, 1977 the son of Roger and Donna (Edgington) Thompson.  He married Kacie Price on April 12, 2014 in Sulphur Springs.  Scotty was a family man, a devoted husband and a loving father. He was a hard worker and of the Baptist faith. He loved and cherished his family.

He was preceded in death by his grandparents, S.W. and Theo Thompson and Bert and Ruth Edgington.