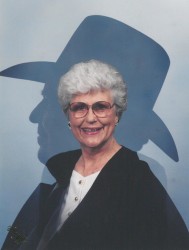 Ruth was born on October 11, 1926, in Emory, to Ennis Nolan and Lela Morrow Kirkpatrick. She married Arlis Kennimer on June 8, 1946…to this union was born three wonderful children, before he preceded her in death in January 1979. Ruth later married Lymon Gip Whitehead, in Emory, on October 12, 1988. She cherished her life as wife, mother and homemaker. She was a Christian and a member of Pilgrims Rest Baptist Church…as a matter of fact, she and her sister Pearl Haney Jones are the 2 oldest members of Pilgrims Rest Baptist Church and they were baptized and joined when Ruth was only age 9 and Pearl age 11.