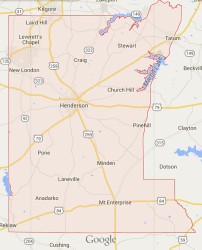 “Before taking office, I was required to take an oath to uphold the laws of this State and the United States,” Lewis-Kugle, elected in 2006, wrote in her resignation letter to County Judge Joel Hale last week. “Due to the recent decision by the Supreme Court, the laws I swore to have now changed.”

Trudy McGill, who served as Lewis-Kugle’s chief deputy, was sworn in Monday to replace her, and has the option of running for election in March.

Hale declined to offer more details about the resignation, but he praised Lewis-Kugle for her work during a 10-year tenure.

“She is somebody that I respect and did a great job in the County Clerk’s office,” Hale said.

After waiting to receive new forms from the State Registrar’s office following the Supreme Court decision, the county is now ready to issue licenses to same-sex couples, although an employee in the clerk’s office said Monday that no one had applied for one yet.
This article originally appeared in The Texas Tribune at http://www.texastribune.org/2015/07/13/rusk-county-clerk-steps-down/.