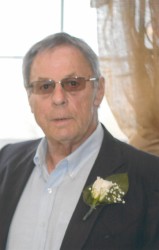 Mr. Norton passed away on Thursday, July 23, 2015 at his residence.  He was born in Mandan, ND on January 11, 1948, the son of Jarvis “Red” and Norma Jean (Baudien) Norton.  He married Sandra Smith on June 4, 2011 in Cumby.  He was a web designer, department manager at Lowe’s, American Legion Hall of Fame baseball player and was of the Baptist faith.

Among the websites Mike developed, ksstradio.com has developed into a major artery of news for Sulphur Springs, Hopkins County, and the surrounding area. Current KSST Webmaster Adam Whitson, a close friend of Norton, wrote, “Michael J. Norton was a part of KSST’s 68 years of broadcasting in Hopkins County.  Mike developed the station’s website, KSSTRadio.com, from scratch.  He also sold advertising for the station, and gave his input on any topic that came up. Mike also took photos and wrote articles for the website. Mike was a devoted family man, and was kind to everyone.”

Mike also developed a network of relationships for ksstradio.com. KETK, an NBC television affiliate in Tyler, posted, “KETK had the pleasure of meeting Mike Norton not too long ago to talk news and more. Our hearts go out to the KSST Radio family.”

A North Dakota native, Mike always joked about how Texans thought it was cold here.  He almost always had a tumbler of cold coffee in his hand or in the console of his pickup.   He loved a good Reuben Sandwich. We will miss you Mike.

He was preceded in death by his parents and brother, Rick Norton.

Memorials can be made to the Heritage Counseling Center.