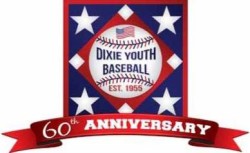 The Sulphur Springs 14 and under Dixie Baseball All-Stars recently captured the State Championship winning five out of six games. After their lone loss in the one game where they didn’t hit the ball well according to their coach Jason Burchfield, the Sulphur Springs team won impressively 12-2 in the championship game. The local Dixie team is now headed to the World Series in Aiken, South Carolina August 1-5. The Sulphur Springs’ team opens against North Carolina at 4 p.m. on Saturday, August 1. Coach Burchfield says the team’s strength is their pitching depth but he adds they also hit the ball well almost every game.