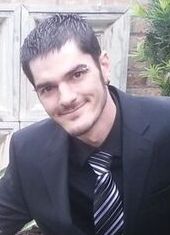 Kyle passed away Friday, July 3, 2015 at Hunt County Regional Hospital.  He was born in Dallas on December 28, 1986 the son of Dean Edward Parker and Cristi (Pilkinton) Millsap.

He was preceded in death by his grandfather’s Earl Parker, Truman Phillips and Gene Chamberlain.

Memorials may be made to Davis Street Baptist Church and Heart of Hope Pregnancy Resource Center.