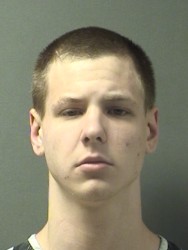 A woman lost a purse from her car in an auto burglary and the credit cards taken from the purse were used at Walmart in Mineola. From surveillance video, Hopkins County sheriff’s officers were able to identify the individual using the cards. That arrest led officers to another individual, which will enable the clearing of all the remaining car burglaries that recently occurred in the county. Three different groups had been arrested already and now another. Steven Charles Gilreath, 18, has been arrested for the remaining burglaries. Gilreath threw two different weapons into area waters according to Lewis Tatum, Chief Criminal Investigator for the Hopkins County Sheriff’s Office. One pistol, recovered Monday from Lake Sulphur Springs near the north boat ramp, and a second thrown into Peavine Pinion Pool at Buford Park. The second weapon has not been recovered but the magazine for it was recovered from the pool yesterday and divers will complete the work this week, according toTatum. 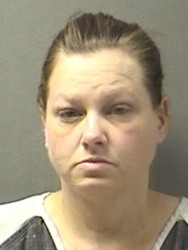 Nessica Rachele Hale, 40, was arrested for use of the credit cards. Hale and Gilreath were working together in the burglaries. He would take the items and pass on the credit cards and other items to Hale. This is not the first time Hale, who also often uses McPherson for her last name, has been arrested for credit card abuse. Recently, KSST News posted a story shared by eparisnews.com regarding her arrest in Lamar County (see story here).