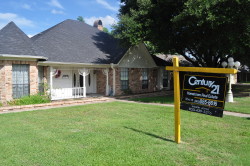 In the past year, Sulphur Springs has seen a rise in community events, activity, and renovation. There has also been a rise in population as well with many apartment complexes in the city reaching capacity. The few complexes left in town that have space left are leasing rapidly, with most vacancies lasting shorter than a month. West Oaks Village Apartments leased out five apartments within the month of May alone. Also full are Meadow View, Lincoln Place, and Timber Creek. Several complexes, such as The Corners and Quail Ridge have had to make waiting lists for people wishing to rent apartments in town.  The most logical guess as to what could be causing this escalation is in Celebration City itself. Many Apartment Complex Managers have noted that the past year has witnessed a rise in population that has not been seen before in previous years. Overall, the past year has seen the biggest amount of change, given the impressive speed at which Sulphur Springs has been rewriting its identity as the Celebration City.

According to Realtor Carrie Nuckolls, Many people who move into Sulphur Springs recently locate here from out of state as well as from the Dallas Metroplex area. Those from out of state are mainly from California and the northern states. The primary reason for their move has been value–both in price and in lifestyle. Many people enjoy the small-town feel and love the friendly atmosphere and good churches. Property value has helped to draw people in as well. Those who locate here usually move into established neighborhoods or out in the country wanting to get away from the hustle and bustle of busy cities in favor of a more peaceful residence. Overall, people enjoy the town identity and how Sulphur Springs has made good on its name as the Celebration City. The downtown area has garnered a large amount of approval from people out of town who also enjoy what Sulphur Springs has done with its renovations. All in all, due to the downtown area and community involvement, both people and businesses choose Sulphur Springs over other areas.

Realtor Joe Mack Gober also commented on the types of people moving in to the rural areas of Sulphur Springs. Most people who move to the country side are people who came here due to job transfers as more businesses come to Sulphur Springs. Also drawn to rural life are family focused, whether it be to raise a family, live closer to relatives, or retire near loved ones. However, the majority of growth has not been in the country, he stated. The population growth in the city and country has been evenly mixed. Those moving into the city are drawn by the homey environment combined with popular chain establishments allowing people to enjoy the small town life with familiar big city faces. Families that move into the city enjoy the downtown environment and how the community plays a part in the celebrations. People are not the only ones drawn to Sulphur Springs. Businesses, both small and large, are impressed by the local economy as well as our location in relation to larger cities such as Greenville, Dallas, Houston, and others. Sulphur Springs has gained the attention of businesses everywhere, due to the aggressive marketing tactics used to draw in business establishments.

“I think what could be causing [population growth] is a whole mix of stuff all the way from downtown to economic development,” Community Development Director Shane Shepard said. “It’s also a quality of life factor and the culture here is also friendly to both people and businesses. I think overall we just have a good synergy of things going on in this town.

“We want to be the community that Texans think about when they think about celebrations, whether it’s being at a wedding, or a concert, or a party downtown, to where when people come down to town at least 250 days out of the year, there will be a celebration going on in town,” Shepard said. “We had this guy named Roger Brooks come in from Seattle, Washington, and he goes all around the world helping cities find their new identity. So he came in and through a 3-4 week process, did some surveys in the community, and that’s what came out of it – the Celebration City.”

The most recognizable changes to happen in Sulphur Springs this past year has been the amount of restaurants and other retail businesses to move in to the downtown area. While more restaurants and retail businesses will continue to move in, Shepard has assured that other projects will be carried out in order to balance the economic presence downtown.

More residential development is expected to begin out on Wildcat Way in 5-10 years. Upcoming projects expected to be completed within the next decade are a small scale river walk, additional second floor apartments around Celebration Plaza and other apartment complexes, more restaurants and the possibility of additional parking.