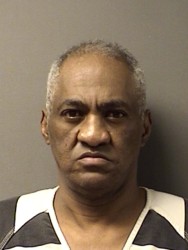 Tuesday morning at 10:30 a.m. District Attorney Will Ramsay concluded his list of witnesses and the prosecution rested its case. Ramsay had called criminal investigators and a patrol officer involved in the investigation of the incident, the medical examiner who conducted the autopsy of Cooper, and three females that witnessed the murder at 409 Lamar in Sulphur Springs.

Hughes had called Duffey’s brother, Allen Ray Duffey, and James Arthur Baxley, both of whom were witnesses and both of whom are currently incarcerated in Hopkins County Jail for parole violations. Ray Duffey’s testimony agreed with his brother’s account that the act was in self-defense. Baxley testified that he could not remember the incident. Baxley was arrested for possession of a controlled substance Monday at the time he was served the subpoena to testify on Tuesday. With Baxley unable to remember the incident, Hughes then asked for the DVD of the initial interview of Baxley by Sulphur Springs Police Investigators Bo Fox and David Gilmore. Judge Northcutt and others viewed the DVD Tuesday afternoon.

In closing arguments, Hughes said Cooper was a violent, vicious, volatile man with no regard for the law. He said Cooper knew that Duffey was in bad health thanks to heart problems and that Duffey had no choice but to defend himself with the battle knife that he carried in his truck to use in farm related work. Hughes claimed Cooper baited Duffey into the fight and the final act of throwing a hacksaw at Duffey caused the altercation. Hughes also claimed that Cooper had a large folding pocket knife that someone had taken from the scene of the incident so that investigators would not find it.

Ramsay closed by saying that Cooper throwing the hacksaw at Duffey did not give good reason for the action of Duffey. Ramsay pointed out that there are three decisions the judge could make in the trial: 1) not guilty by reason of self-defense; 2) reckless manslaughter; or 3) guilty of murder. Ramsay said Duffey had the choice to leave but decided to stay and murder Cooper. Duffey was quoted as having said, “I could have killed you” prior to the saw being thrown at him and had almost left but turned and murdered Cooper with intent. Ramsay said Duffey’s actions speak for themselves.

The trial follows a denial of a plea bargain agreement reached and an appeal that overturned a 12-year sentence given Duffey by then District Judge Robert Newsom. In March, Judge Northcutt reset the trial to give the defense attorney more time to prepare and to give the District Attorney’s office an opportunity to refile their motion in a different form than first submitted.