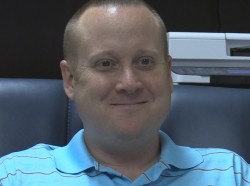 Monday night the Sulphur Springs School Board approved a new position for High School Principal Josh Williams. He will be Special Programs Director at the Administration Building. He will continue to serve as principal through the end of the school year and perhaps beyond until a new principal is named. Williams has served as a principal for nine years and at SSHS for two years.

Williams said he is excited to take on the new position although he plans to continue his work to facilitate transition to a new principal. He called the move bitter sweet. The new post will allow for creativity in serving all the students in the district according to Williams. He called Superintendent Michael Lamb a master educator and said there was much he could learn from Lamb to serve the students.