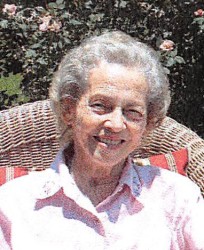 Margaret Irene Sharp, of McKinney, Texas, formerly of Dallas and Sulphur Springs, died May 15, 2015, at age 86.

She was born to Shem Ray and Lucy Margaret Kelty Ray of Sulphur Springs. She graduated from Sulphur Springs High School in 1945. Robert Lee Sharp and she married in 1950 at St. James Catholic Church in Sulphur Springs. They raised five children in Dallas. Their fifty year marriage ended with his death in 2000. Margaret was a homemaker and had many interests notably in nature, animals, fossils, and bromeliads.