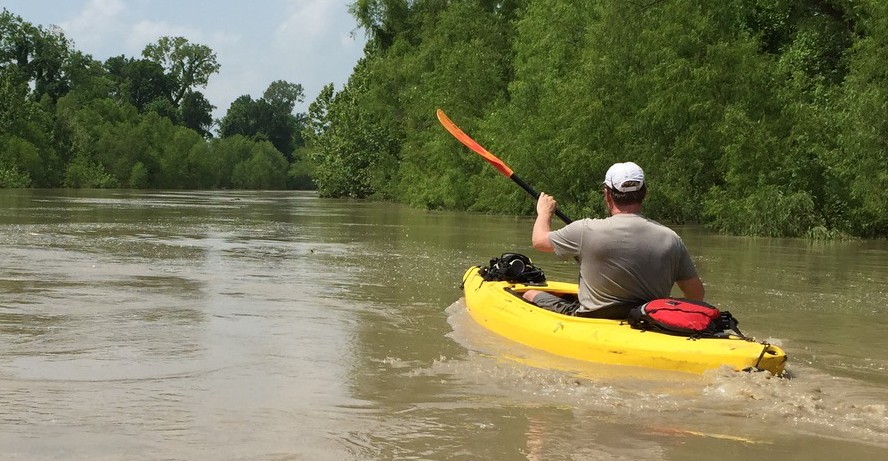 There is a very healthy crop of poke salad this year and to me it is the “king of the greens.” Last week I filled a five gallon bucket with the leaves and tender stems. Not just thrown in but packed down in the bucket. It only took me about ten minutes as I didn’t pick off the individual leaves but broke off the stem and leaves a few inches from the top. Jean was gone somewhere so she couldn’t fuss at me (until she got home) about stinking up the house as I boiled the leaves. I boiled the poke salad three different times, pouring off the water each time. All parts of the plant are poisonous with the roots being the worst. Somehow over time it has been determined that the stems and leaves are edible if you pour off the water from three boilings. Some say one pour off is enough. After a couple of hours of boiling and pouring I was left with one gallon of wilted, melted down, and very tender poke salad. The process was just completed as Jean got home and told me the story of how she had always heard Eddie Crowley’s wife had him make a special little room outside the house to use when he cooked poke salad. The house is now the office for the Daisy Dairy on the west side of the road across from the dairy. I don’t know if the little poke salad room is still there or not. After opening all the windows in the house so it could air out Jean did cook me some corn bread and I finally had to stop at about the half gallon mark.

Poke salad has many names such as poke salet, poke weed, poke, inkberry, pigeon berry, red weed, and red ink plant. Poisoning is also possible by getting the juice from the plant on your skin. I did notice a burning on my hand after breaking off the five gallons of leaves and stems. How did people know they wouldn’t be poisoned if they poured off the water two or three times? There are those that won’t risk the chance of poisoning or go to the trouble of three boilings and pourings. Those are the ones that will settle for simply opening a can of turnip greens. For those who choose “ the king of greens”, there is no comparison.

Wild life report. Wild turkeys have been heard gobbling south of Charleston for the last couple of weeks. A five foot long rattlesnake was at the south end of CR 1170 near the Templeton gate. Wrens have built a nest inside our propane grill in our yard. No more grilling for a few weeks.

Saturday the annual Friends of Doctors Creek Park catfish tournament was held at Cooper Lake. The previous high number of teams was five but this year there were eight in spite of the high wind and threatening clouds. John Ward caught the largest catfish and the Robert Dorner team had the largest stringer of five. Carol Larkin had the largest catfish caught by a woman and won an Eagle Claw rod and reel donated by Bud and Louise Skinner’s Tin Top Bait Shop.

Stan Szafrin is a true outdoorsman. He loves being outside kayaking, canoeing, hiking and has hog hunted with me several times. Friday, he and Tim Brown kayaked from Cooper Lake to Highway 37 north of Hagansport. They made the 32.2 miles in 9 hours and 16 minutes according to his GPS. That is following the curves instead of a straight line measurement. Along the way they saw one cottonmouth, several beavers, one black hog, one deer, two owls, some ducks, and a great blue heron that kept moving downstream ahead of them for quite a distance before it turned. Richard Roberts was there when they launched and told about helping me haul hay years ago then going on a float trip with me when I was the scout leader and he was very young. (Richard was very strong for his age and a hard worker when he was a seventh grader. In one day, he and I hauled a thousand bales of alfalfa out of the Kensing “bottom” to the top of the hill and stacked them in the big open sided barn of Quentin Millers.)

Coffee shop question. A few years ago in this column I told of two main kinds of dirt daubers in our area, the metallic blue and the black and yellow. Junior Larkin reports that Randy Wright was wondering about a third kind that makes mud tubes side by side on flat surfaces. Think of a large organ in a big church with the pipes side by side. That’s the name of the tube making mud daubers, organ pipe mud daubers. All our dirt daubers are beneficial in the sense they hunt and paralyze spiders that are then put in the nests for the young to eat when the eggs hatch. The spiders are only paralyzed and not killed or they would rot before the eggs hatched.

You know how I am with phrases and their origins. Recently I puzzled over “cop out.” The internet says it was born in 1940 referring to criminals getting a better deal if they told on another outlaw or confessed to a cop. Like, to take the easy way out.