District Attorney for the 8th Judicial DistrictWill Ramsey praised his team of assistants for their hard work and dedication that has recently resulted in the sentencing of three individuals to state jail time.

On Tuesday, May 5, 2015, Robert Dwayne Allen appeared before the court and announced his intention to waive appeal in his recent life sentence for Aggravated Sexual Assault of a Child.  In exchange for his waiver of appeal, the State agreed to dismiss all of his pending charges in Hopkins County.  Mr. Allen will be eligible for parole after serving 30 calendar years in the penitentiary.

Also Tuesday, following his Thursday, April 30, guilty plea to one count of Aggravated Assault on a Public Servant with a Deadly Weapon and one count of Evading with a Motor Vehicle, Mike Alvin Ruiz was sentenced by Judge Eddie Northcutt on both counts. The basis for the charges is a traffic stop that occurred on December 6, 2014 within the city limits. Sulphur Springs Police Officer Zachary Brown pulled over Ruiz for a minor traffic violation. During the stop, however, Officer Brown noticed that Ruiz was becoming increasingly nervous and agitated. When the officer directed Ruiz to exit the vehicle, the defendant instead put the vehicle in gear and almost drove Officer Brown into a telephone pole. The officer was dragged along the concrete for several feet before he freed himself from the car and fell onto the curb. Fortunately, Officer Brown sustained only minor injuries. Ruiz evaded law enforcement that night, but was arrested days later in Commerce, Texas. During sentencing, prosecutors put on evidence of five prior convictions, including one for Aggravated Assault with a Deadly Weapon. The defendant’s mother testified on his behalf. Judge Northcutt sentenced Ruiz to 30 years TDCJ on the Aggravated Assault on a Public Servant with a Deadly Weapon charge and 20 years TDCJ on the Evading with a Vehicle charge.  The defendant will be eligible for parole after serving 15 calendar years. 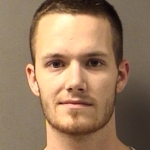 On Thursday, April 30, Samuel Moses Williams was sentenced by Judge Eddie Northcutt on four counts of Indecency with a Child by Contact. Williams was previously found guilty on all four counts by a Hopkins County jury on April 7. At the sentencing hearing, prosecutors put on evidence of Williams’ juvenile adjudication for two counts of Indecency with a Child as well as two adult prior convictions for Failure to Register as a Sex Offender. In his defense, Williams called several friends and family members. Judge Northcutt sentenced Williams to 20 years TDCJ on each of the four charges. The judge structured the sentence so that Williams was effectively sentenced to 40 years TDCJ. Mr. Williams will have to serve at least 20 calendar years before he is eligible for parole.  The District Attorney’s office dismissed a pending Failure to Register charge, disposing of all of Williams’ cases.

Ramsay said, “I hope the people of Hopkins County understand that we are working hard to achieve justice in these cases.  I am extremely proud of the team we have here at the DA’s office.  These sentences are the result of hard work and dedication.  Clay Harrison did a great job of prosecuting both Williams and Ruiz.  We are dedicated to ensuring that violent predators are held responsible in this great community.”