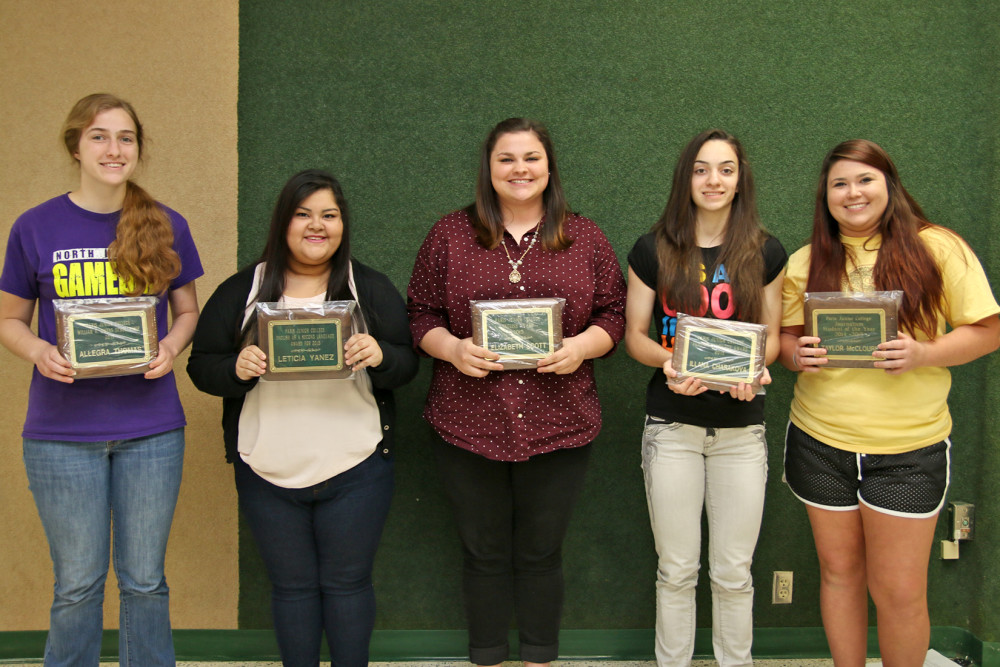 Talented writers were honored Wednesday at Paris Junior College with an awards ceremony.  Prior to the presentations, several instructors read their favorite poems to mark April as National Poetry Month.

Ceremony organizer and PJC English instructor Marsha Dennis thanked the presenters and welcomed everyone to the ceremony, commenting that it is a great pleasure to reward so many good writers.

The William A. Owens Scholarship Award was presented to Allegra Thomas of Cooper, a dual credit student attending North Hopkins High School. Owens was an area resident who attended Paris Junior College and went on to become a renowned writer and author.

Taylor McCloure of Pattonville was named Journalism Student of the Year. Elizabeth Scott of Sulphur Springs received the Outstanding Student in English.

Swingers of Birches, the anthology of first prize-winning entries published by the Communications and Fine Arts Division, was distributed at the reception following the awards ceremony. To receive a copy, contact the PJC English Department.

Winners by category include: