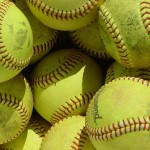 The playoffs get underway for the Lady Cats’ softball team and meanwhile the Wildcats’ baseball team hopes to finally get to play Pine Tree in a district game on this game day. The Lady Cats are playing Whitehouse in a best two out of three bi-district series. Game one is today at 6 p.m. at Brook Hill School located at 1051 North Houston Street in Bullard south of Tyler. Game two and game three, if necessary, will be played at Lady Cat Park Friday night beginning at 6 p.m. Senior Night activities will take place prior to the first game Friday. We’ll bring you the Lady Cats playoff game tonight at 6 p.m. live from Bullard. We’ll also videotape the game for replay on Channel 18 on Suddenlink Cable at a later date.

The Wildcats’ baseball team has not been able to get on the field for a district game since April 21. They have been trying to schedule the Pine Tree game at Eagle Stadium since last Friday. It’s been postponed four times. They’ll play at Eagle Stadium at 7 p.m. The Wildcats will also host Marshall Friday night at 7 p.m. That’s Senior Night. The Wildcats will wrap up their district schedule in Lindale at noon Saturday. That game was postponed on Tuesday.