The Local FFA Project Show SaturdayApril 25, 2015 at the Hopkins County Regional Civic Center featured entries from Sulphur Springs High School students. The show and judging began at 10 a.m. Items are on display throughout the day. At 5 p.m. the annual ice cream supper featuring homemade ice cream made by parents of FFA students will serve until 6 p.m. at which time the annual auction/fund raiser begins. Donations, purchase price of auction items, and other moneys given to the fund raiser assists in funding the projects of FFA students as well as their travel expenses to various shows. The public is invited to the ice cream supper and auction.

“We have students that are in our program that participate in many of these throughout the whole school year,” FFA Director Johnson said. “They have projects that they get to exhibit to the public. We usually make it to all the major shows in the state, but today is just our local event. This is also for those students, who don’t make it to the major shows, have an opportunity to put their livestock and shop skills on display for the comunity.” 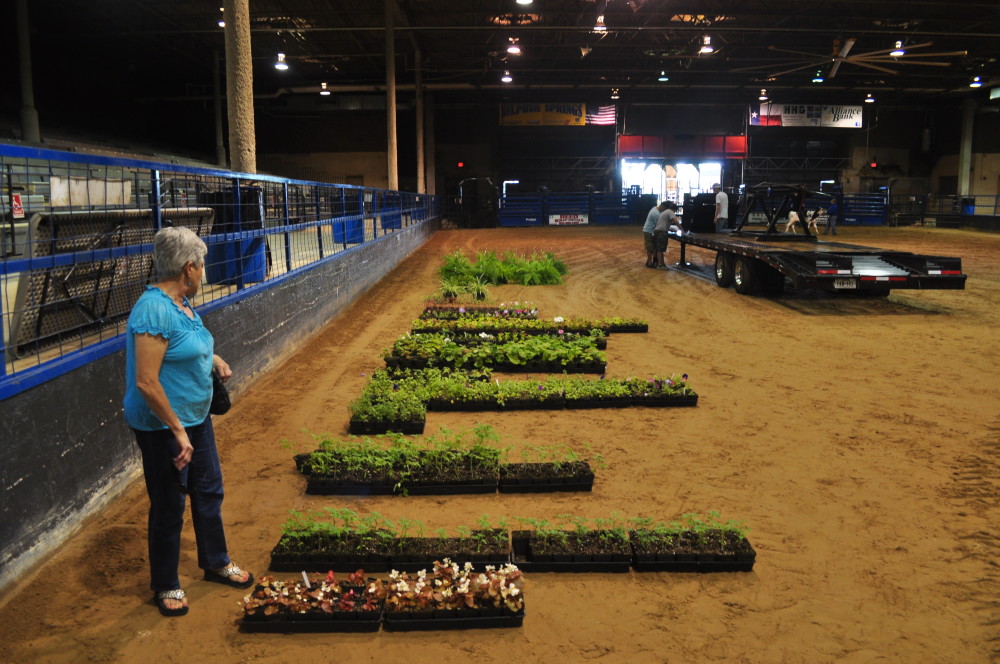 The Local FFA Project Show usually has Ag-Mechanic projects that make it to the major state shows. Livestock has also done well in the past, but since the arrival of NETLA, most livestock have left the project Show. FFA also hosts Junior FFA Project Shows for younger students.

“We have a Junior FFA chapter, and those kids get to participate in all the other activities that we do, as far as exhibiting livestock,” Johnson said. “They are not involved with the Ag-mechanics. The Ag-mechanics projects have to be built  in SSHS School Shop or under the supervisioin of the ag-mechanics teacher. But junior FFA can be nine year old up until the time that they get into high school.”

“Everything here has got a place,” Johnson said. “Some people don’t think that a picnic table might be a good project, but some of the barbeque stuff that’s here can go with it well. Horticulture items that were built were impressive. They’re all important.”

FFA began nationwide back in 1928, and Texas received its FFA charter in 1929. It was a few years after 1929 that the Sulphur Springs chapter of FFA started.