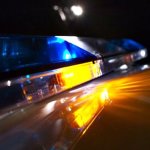 Winnsboro Police Department is investigating the death of a 16-month old child. As of Monday at noon, Chris Hill with WPD said his department is working with Child Protective Services, the Wood County District Attorney’s office and DA investigator along with Texas Ranger John Vance in the investigation of the death.

Thursday EMS in Winnsboro responded to a call regarding a non-responsive 16-month old. According to Hill, the child was flown by medical helicopter to Children’s’ Hospital in Dallas. Based on the numerous bruises and abrasions on the child, WPD called CPS and an investigation was initiated.

Friday, WPD investigated doctors and nurses at Children’s Hospital. Saturday the child was ruled brain dead but kept on life support until, with family permission, organs were harvested for other children in need of transplants according to Hill. An autopsy is being performed in Dallas and results are expected tomorrow since no toxicology results are needed.

Hill said suspects in the case are being questioned. As of Monday morning, Hill said he has questioned at least 10 individuals, including the suspects, regarding the case. He said everyone was being cooperative. He expects to question several others related to the case today.