Tyrik Rollison Looking Towards Next Level

Rollison said he was thankful to do the one thing he had looked forward to all his life. He said if he is not drafted next month, he will continue to seek a spot on an NFL roster. He did not think he was 100 percent but was pleased with his performance. “Football is my life right now.” Rollison said he was staying in the weight room and working out with an eye to future play.

Remembering his role in the 2008 Texas 4-A Division II state championship title brought to Sulphur Springs from a victory over Dayton in the Alamo Dome, Rollison said that he appreciates the support and love he has received from people in his hometown. 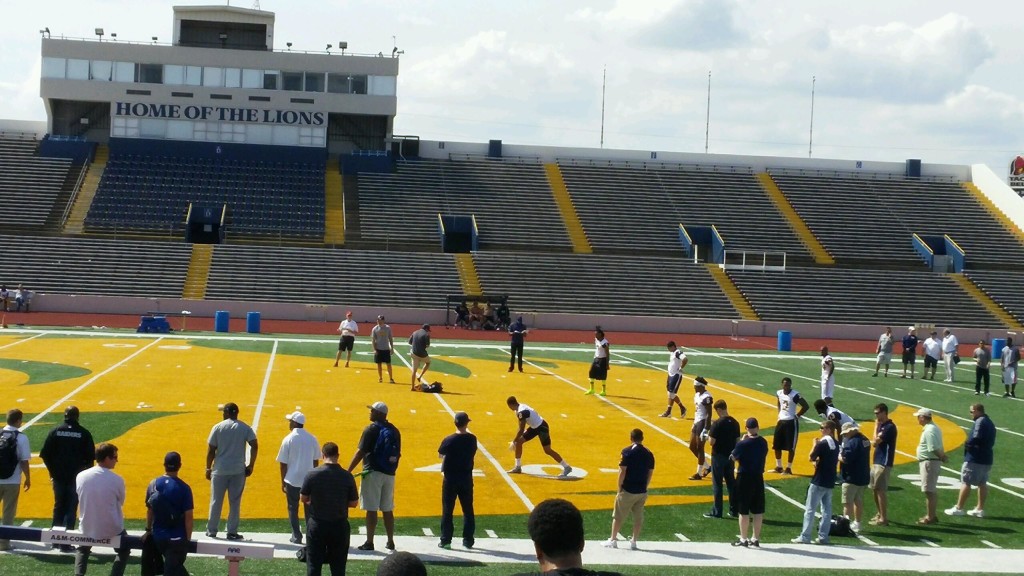 Pro Scouts look on as Rollison participates in passing drills. 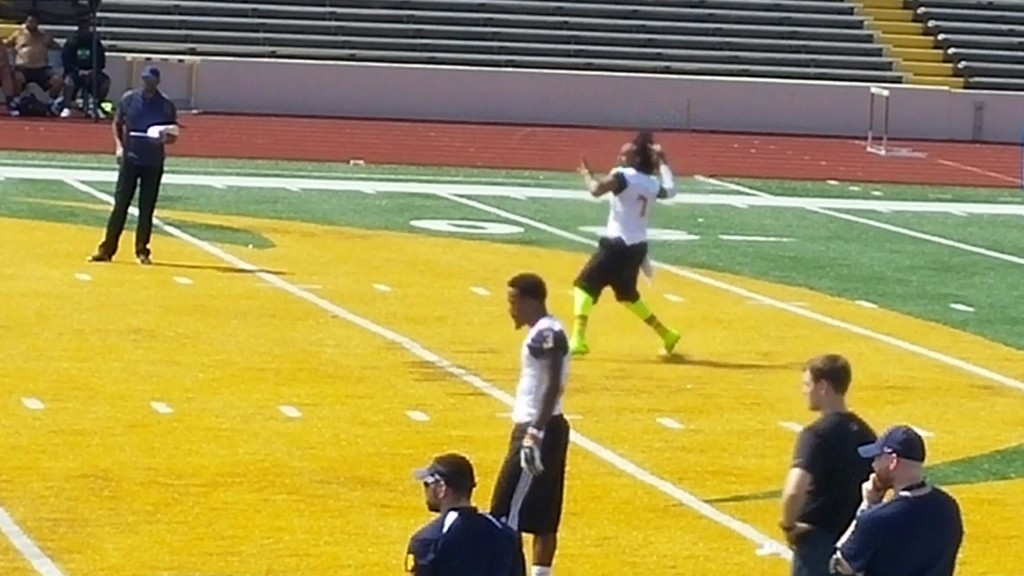 Rollison prepares to launch a pass to a Lions receiver. 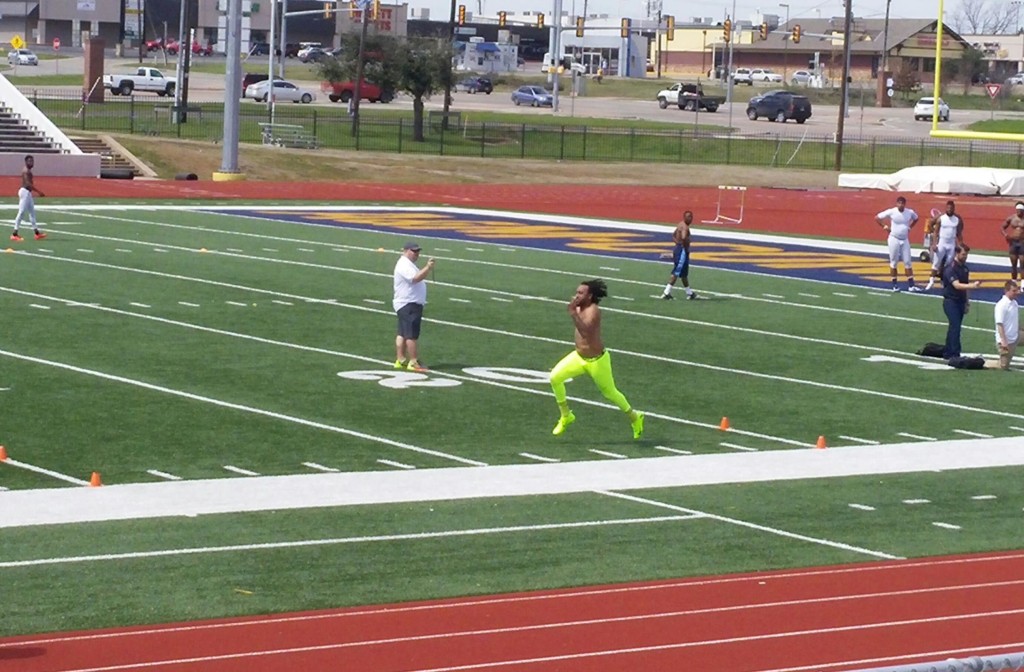 Tyrik Rollison being timed in the 40.