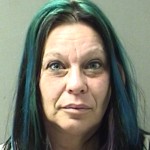 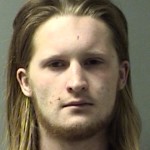 A mother was arrested for shooting her son in the thigh with a .22-caliber pistol during a disturbance Sunday night in Hopkins County just after 6 p.m. A 20-year old Brashear man was also arrested for assaulting the woman’s son during a fight. The disturbance, which occurred in the Bonanza community on County Road 1165 near Highway 19 South, reportedly involved a biting incident between a dog and a horse. The gunshot victim , Cody Belz, was care flighted by helicopter to an out of town hospital. 50-year old Cina Kay Elliott of Hopkins County was charged with aggravated assault with a deadly weapon before Justice of the Peace B.J. Teer who set bond at $70,000. Gus Henery Crist was charged with assault before JP Teer who set bond at $15,000.