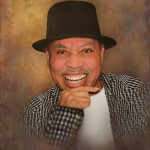 Mr. Ford passed away on Sunday, March 8, 2015 at Hopkins County Memorial Hospital. He was born on November 13, 1944 in Sulphur Springs, TX, the son of Henry Ford, Sr. and Pearlie Mae Dial Ford. He worked for many years and retired from Cabot Corporation in Pampa, TX. He was a member of Morning Chapel Missionary Baptist Church.

He was preceded in death by his parents and brother, Maurice Ford, Sr.