A Hopkins County Grand Jury presented 44 indictments against 37 individuals to the Eighth Judicial District Court Wednesday March 4. A variety of charges from possession and promotion of child pornography, online solicitation of a minor, aggravated robbery, to possession of a controlled substance and others are included in the indictments. 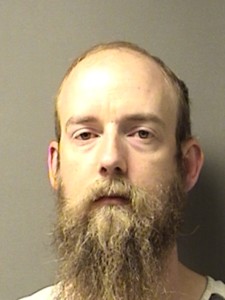 Michael Henry Shahan was indicted on three counts of possessing visual material that visually depicted a child younger than 18-years of age engaged in sexual conduct. Shahan was also indicted for online solicitation over the Internet and by text message of a minor to engage in sexual contact.

Charles Richard Walters was indicted for one count of online solicitation over the internet of a minor for the purpose of engaging in sexual conduct with the defendant.

Also indicted for online solicitation of a minor was Colbey Wayne Simpson. Simpson utilized the Internet and texting to solicit a minor to engage in sexual intercourse.

Terry Reese Tanton was indicted on three counts of aggravated sexual assault of a child younger than 14-years of age.
Two were indicted for failure to register as a sex offender. Wayne Thomas Hall Jr., who must register because of a reportable adjudication for indecency with a child by exposure failed to register in Hopkins County. Joe Anthony Gotcher was required to register due to a reportable conviction for sexual assault of a child.

Hollis Blaine Sartin was indicted one two charges–for unauthorized use of a motor vehicle and for a terroristic threat. Prior to this indictment, Sartin had been convicted of the felonly offense of Aggravated Assualt causes Serious Bodily Injury in January of 1999.

Two indictments for unlawful use of a criminal instrument were also handed down. Indicted on separate counts were Darrell Wayne Love and Anthony Clyde Thomas. Thomas has been convicted to past felonies including burglary and possession of a controlled substance.

Unlawful possession of a firearm by a felon indictments were presented against Robert Dwayne Allen and also against Toni Leann Cupp.

Jesse Don Ballentine was indicted for theft of a firearm.

Aggravated robbery indictments were handed down against Kevin Lee Humphreys and against Jordan Wayne Delpaz.
Paris Dillon Gallamore was indicted for burglary of a habitation.

John Scott Dunn wad indicted for delivery of a controlled substancein a drug free zone as was Rakea Shambrell Harris.

Tampering with or fabricating physical evidence indictments were returned again Bobbi Lea Perritt as well as Jonathan Wayne Smith.  Perritt attempted to destroy narcotics that would be evidence in an investigation. Smith attempted to conceal a syringe during a traffic stop.

Indictments for possession of marihuana were returned against Noemi Martinez Luna and Pedro De Los Santos for possessing more than 50 pounds and less than 2,000 pounds.

Two indictments were returned against Jervin Terrel Richarson. Both indictments were for possession of a controlled substance with intent to deliver or manufacture—methamphetamine and cocaine—within 1,000 feet of a public park and playground.