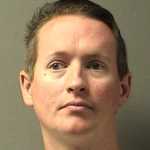 Former Hopkins County Criminal Investigator Daniel Winn was indicted by a Hopkins County Grand Jury on March 4. Winn was indicted on seven counts of tampering with evidence, on one count of tampering with a witness and on seven counts of diversion of a controlled substance for personal use. The cases were presented by a Special Prosecutor, Lamar County District Attorney Gary Young. Young was appointed by Hopkins, Franklin and Delta County District Attorney Will Ramsey.