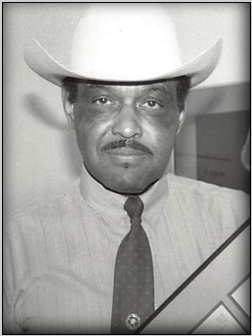 Funeral service for Billy G. Dirks, 81, of Sulphur Springs will be held at 2:00 p.m., Saturday, April 4, 2015 at League Street Church of Christ with Bro. Andrea Thompson officiating. Interment will follow at Shooks Chapel Cemetery. Visitation will be held from 5:30 to 7:30, Friday, April 3, 2015 at West Oaks Funeral Home.

Mr. Dirks passed away on Friday, March 27, 2015 at East Texas Medical Center in Tyler, TX. He was born on January 12, 1934 in Direct, TX, to the late Dillard and Edna Dirks. He entered the US Air Force, and later joined the Army.  He served his country for a total of twenty seven years.  He was a highly decorated soldier. Among those awards, Billy received the Bronze Star Medal, Army Commendation Medal, Meritorious Service Medal, Vietnam Service Medal, and the Humanitarian Service Medal along with a host of other honors.  He served in both the Korean & Vietnam Wars.

He married Delores White. She survives.

Upon retirement, he moved to Sulphur Springs where he resided for 35 years. He became a member of the MLK Church of Christ and served until he became ill and moved. Billy also worked for the Hopkins County Sheriff’s Department as a deputy and then eight years as Sheriff. He was the first African American Sheriff of Hopkins County, and the second African American Sheriff in the state of Texas. He later worked for the North Hopkins Alternative School.

He is survived by his wife, Delores, three children, Gia Pleasant (Charles), Tracie Rand (Tony), and Derek Dirks, five grandchildren, and a host of nieces and nephews. He was preceded in death by his parents and two brothers, Willie & Joe Neal. Arrangements are under the direction of West Oaks Funeral Home.