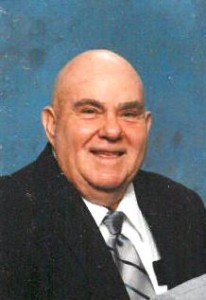 Robert “Bob” Henry Pierce, 87, of Emory, passed away Saturday, February 21, 2015, at the Senior Suite Care & Rehab in Emory. Bob was born in Dallas, on October 19, 1927, to Milborn and Abbey Cult Pierce. He married Wanda Lee Jones in Rockwall on June 27, 1979. He retired, after working many years as a welder, in Dallas, before settling to the Lake Fork area.

Funeral service is scheduled for Wednesday, February 25, 2015, at 2:00 PM, with visitation held 1 hour prior to the service, at the Wilson-Orwosky Funeral Home Chapel in Emory. Burial will follow in the Turner Cemetery in Emory. Pallbearers will be Richard Pierce, Ken Philpot, Randy Pierce, and Kurt Pierce.

Online guestbook may be signed for the family at www.wilsonorwoskyfuneralhome.com.