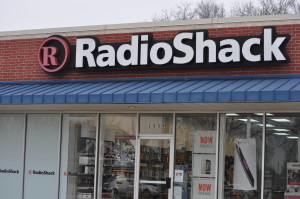 With all of the national news about Fort Worth based Radio Shack’s rumored imminent bankruptcy, local citizens are concerned what that may mean for our local store.  When talking with one of the local managers, no decision has been made for our local store.  Although Radio Shack has several types of stores including franchised stores, our local store is a true corporately owned store.   Moving into their current 3,000 sf on Broadway in 2001, they have enjoyed increased sales with a wider selection and easier access.  Although the store is corporately owned, the real estate is owned by a local developer and leased back to Radio Shack.  Time will tell what decision may be made.  Radio Shack’s stock was delisted by the NYSE on Monday, which normally is the final blow to a company’s viability.  Sprint is currently in negotiations to buy half of Radio Shack’s existing stores, but it is unclear for what purpose.