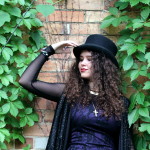 Hopkins County’s own Hannah Kirby is scheduled to appear on the television program “The Voice” in an upcoming airing, the first chance being tonight (Monday) at 7PM. There are several “audition” nights and tonight is the first chance that she could be on.  Hannah developed her interest in both singing and fiddle music during her school years in Sulphur Springs. She participated in the SSISD Strings and choir programs, was a member of the First United Methodist Church choir and the Northeast Texas Choral Society, and as a teen, was fiddler for the Reilly Springs Jamboree as a member of the house band during 2012. Good Luck, Hannah! We are proud of you!