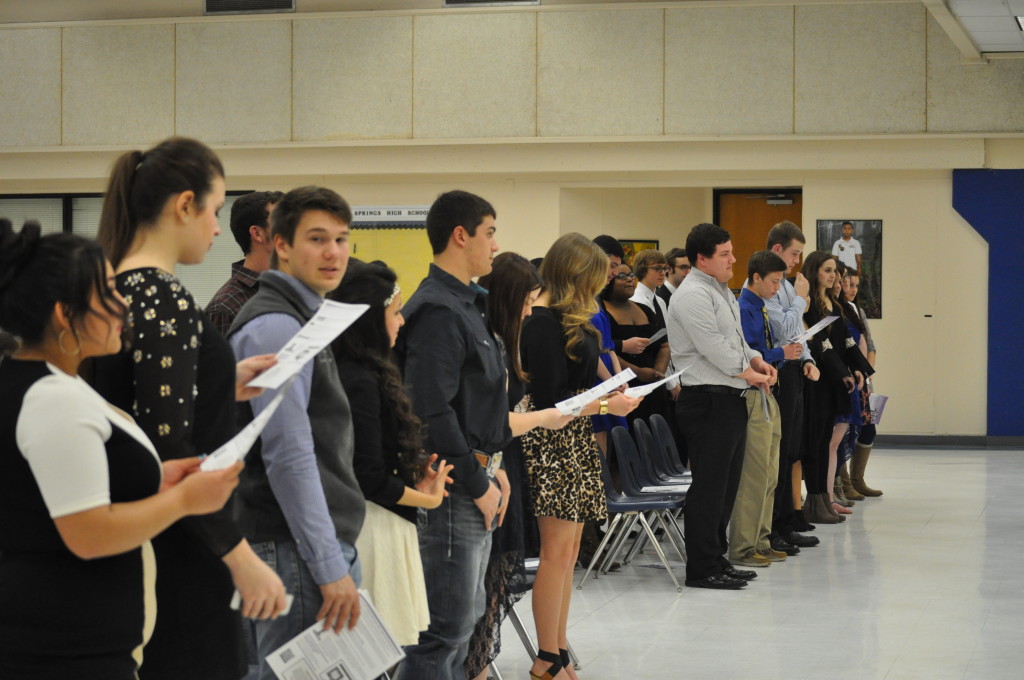 The NTHS was founded in 1984 by Jon Poteat and Allen Powell in Spartanburg County, South Carolina. Since then, NTHS has thousands of members across the country. The SSHS chapter of the NTHS is named the Geral Kennedy Chapter. Geral Kennedy was the first Vocational Director at SSHS when he began his tenure in the 1966-67 term. He started the Machine Shop program, the Vocational Office Educaton program, the Marketing and Distributive Education program, the Industrial Cooperative Training program, and the Vocational Education for the Handicapped program. Kennedy retired from SSHS in 1985 after 37 years of service to public education.