“Updated” Out of the Frying Pan, Into the Fire

Home » Headlines » “Updated” Out of the Frying Pan, Into the Fire

The Wildcats’ football team came up short on two fourth down plays in the fourth quarter as Marshall earned a playoff berth with a 36-27 win over the Wildcats Friday night in Marshall. However by losing only by 9-points, the Wildcats were able to claim the fourth and final playoff spot in the district and will meet #7 state ranked Ennis next Friday at 7:30 p.m. at Lindale. The Wildcats got two rushing touchdowns from Larry Pryor and one each from Tyler Rosamond and Scott Galarza. The Wildcats are now 5-5 and they ended district play at 4-3.

Wildcats Football Coach Greg Owens said Marshall just made more plays than the Wildcats did in the Wildcats 36-27 loss in Marshall Friday night. As a result, the Wildcats draw top ten rated Ennis in Lindale Friday night at 7:30 p.m. Ennis won their district defeating John Tyler and Lufkin and everyone else in the district along the way. The Lions have won 8 straight since opening the season with losses to two district champs, Denton Guyer and Mansfield Timberview 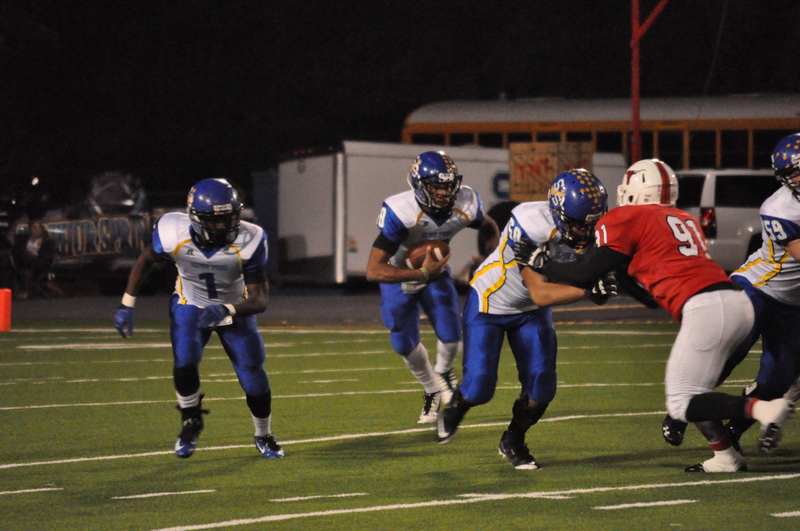