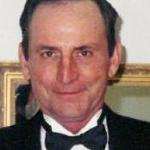 Mr. Bowen died on Sunday, November 2, 2014 at his residence.  He was a self-employed dairyman, truck driver and a member of the Greenpond Baptist Church.

He was born on January 27, 1949, the son of John Raymond and Winnie Fort Bowen in Hopkins County.  He married Betty Jackson on July 27, 1968 in Pickton.  She survives.