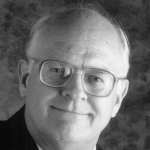 Bob passed away on Monday, November 17, 2014 in Plano. He was born September 2, 1933 in Saltillo, the son of Joseph Vernon and Maurine Miller Armstrong. He married Doris Kathryn French in 1955 in Dallas County. She survives. He graduated from Saltillo High School and received a Business Degree from ETSU. He served in the United States Navy and was honorably discharged in 1962. He was a retired salesman and accomplished guitarist.

The online register can be signed at: www.tappfuneral.com