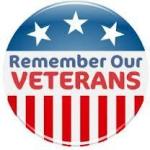 Jackson Daily of Sulphur Springs and Austin Maxy of Como presented a project at the Indian Summer Days and the John Chester Dutch Oven Cook Off at Heritage Park last Saturday. It was known as the East Texas War and Memory Oral Project.

“We are here to help publicize our oral project,” they said. “We protect and preserve veteran’s stories and their families’ stories as well. That’s why it’s ‘War and Memory'”.

The project is intended as a way for us to remember the stories of those who actually witnessed some of the worst conflicts in history first hand. They have been scouring Texas looking for any first-hand accounts to be found.

“What we do is seek out veterans in the North-East Texas area, or they seek us out as it occasionally happens,” they said. ” We interview them and make sure their story is preserved  through oral history and through the archives at Commerce.”

The two also came to Hopkins County to collect the story of local veterans. The Project has gained awareness in the academic world as well.

“We’ve been to various academic conferences with our research as well as the interviews,” they said. “We have a couple of students writing their Honors Thesis over veterans that they interviewed, or interviews that we have done. It’s really a growing project and we came out here to publicize that.”

They primary target of the Project is senior veterans, even more so, the veterans of such conflicts as WWII, Korea and, Vietnam. These stories need to be found before there are none left to tell their tales.

“That’s why we are trying to collect as many stories as we can now,” they said. “Especially the WWII veterans, because, generally if there is a WWII veteran that we need to interview, we will cross mountains to get to see them as soon as possible. In the same line of reasoning, we’d rather talk to the Korea and Vietnam veterans now while they’re still young, healthy, and still a lot of them out there before it’s too late.”