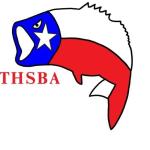 Four years ago, a police officer by the name of Norman Sanders started the SSISD Fishing Club. First starting with SSMS, it has now spread to include the High School and is now part of a the Texas High School Bass Association.

“About four years ago, I went to the school board,” Officer Sanders said. “I talked to Patsy Bolten and to Branden Reed about starting a fishing club, and they agreed that I could. I announced it at the Middle School first, and then I brought the High School along. Our first year we had four people and now we have about 24.”

When the Texas High School Bass Association first started, only a handful of schools were involved. Now the Association has dramatically grown to include close to 200 students in North-East Texas alone.

As what was expected, the Fishing Association had a rocky start when it first began. Having only a few students and volunteers, it was evident it wasn’t off to a running start.

Unlike other sports in SSISD, the Fishing Team has no field or designated area in which to practice. Instead, they must find their own ways to practice as a team outside school property and school hours.

“A boat captain, which is a volunteer, takes the high school kids out fishing,” Officer Sanders said. “They use his boat, gasoline, and tow vehicle , and he teachers them as much as he possibly can during the day, which is an eight hour fishing day. You fish for eight straight hours and the boat captains on occasion will take the kids out before a tournament to do what we call a pre fishing tournament, they practice and try to get a pattern for what the fish are doing and then we decide what we need to do to catch them.”

Compared to its first year, the SSISD Fishing Club has a lot of success, especially this year. They have been celebrating a number of accomplishments, one of which is a first for SSISD history.

” This year we’ve been very successful, I have two boys that started out in my junior high club and they grew into the high school, Braden Katchinska and Matt Reynolds, they were very successful and they came in this last year fourth place overall for Angler of the Year,” Officer Sanders said. “They qualified as a result of that for a skeeter boat-owners Pick Six tournament where they pick six of the best teams from the Texas High School Bass Association, which we are a part of, and they pick six teams from the South-East Association, and six from F.A.N(Faith Anglers Network) which is stationed around Austin. Our association came in first place and Mason Maeker and Braden Katchinska have a first place trophy  at the High School. Now that is a first ever, in the history of SSISD, that there’s going to be a trophy in a trophy case for bass fishing.”

For the members of the THSBA, fishing has become a normal part of their lives. Those here at Sulphur Springs continue to compete against schools across Texas, hoping to spread awareness of their love for the sport.

” I think that fishing is one of the best things that you can do ,” Officer Sanders said. ” It teaches patience, discipline, even things you don’t know you’re even learning. There’s a little geometry, there’s a little biology, there’s a little meteorology, there’s even a lot of geography in fishing. So all of these things combine together, and it teaches you really subtlety and they learn by being there, and it gives them an appreciation for the outdoors and for school.”