New Cover Girl Miranda Rushin of North Hopkins said she didn’t expect to win Saturday night. She figured either Morgan Mayers of Sulphur Springs or Shelbie Lackey of Cumby would win. Miranda said she was excited when they called her name. She said she looked forward to representing Fall Festival at ribbon cuttings and other events. 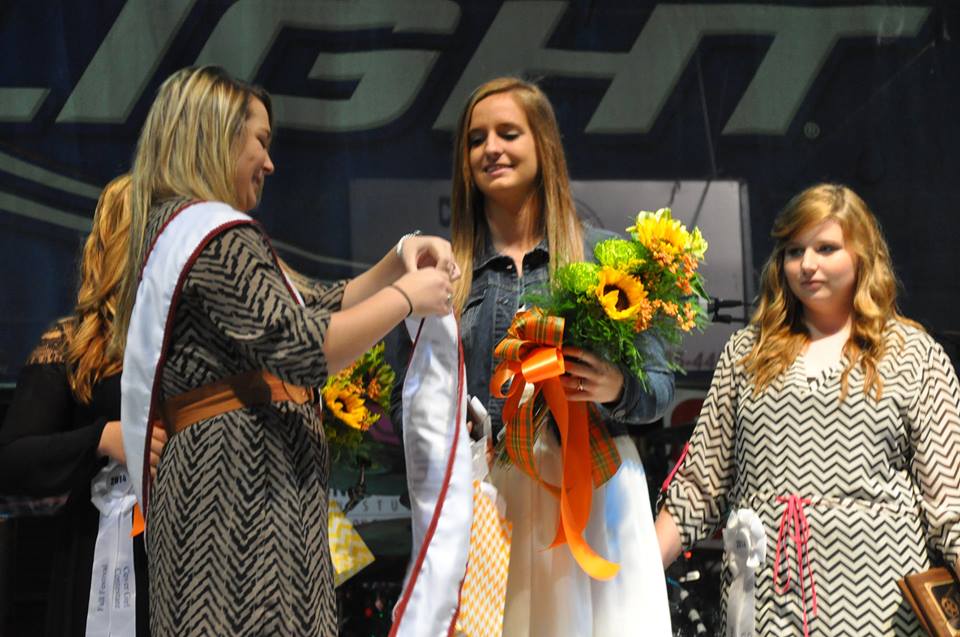