Wildcats Quarterback Larry Pryor received the Built Ford Tough Award Friday morning at Brian Toliver Ford Lincoln. Pryor won the Class 5A award for his play against Hallsville on October 17. Pryor ran for 232 yards and 4 touchdowns including the 80-yard clincher. Several of his teammates talked of his increased intensity during the game. Pryor said the game was close and he knew he had to make plays. 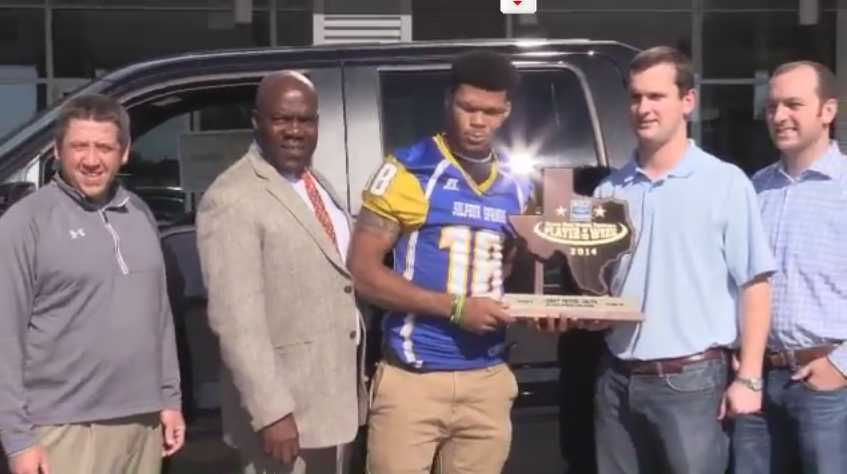