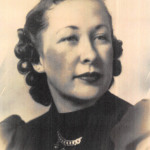 Arrangements are under the direction of West Oaks Funeral Home. www.westoaksfuneralhome.com m