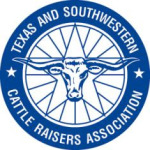 According to Hand, the 12 head of yearling cattle were penned late on Monday at a cattle ranch located off US 59, south of Marshall, Texas. The victim planned to ship the cattle Tuesday. The unknown suspect(s) conducted a forced entry onto the ranch.

Hand said there were 11 black yearlings, with the majority being steers, and one charolais heifer stolen. According to the victim the cattle were not branded.  However, most of them had a blue fly tag in their ear.

Anyone with further information regarding this case should contact TSCRA’s Operation Cow Thief hotline at 888-830-2333 or call Hand at 903-592-5252. A cash reward may be paid to individuals who can provide useful information leading to the arrest and indictment of suspect(s). Individuals reporting information may choose to remain anonymous.

TSCRA has 30 special rangers stationed strategically throughout Texas and Oklahoma who have in-depth knowledge of the cattle industry and are trained in all facets of law enforcement. All are commissioned as Special Rangers by the Texas Department of Public Safety and/or the Oklahoma State Bureau of Investigation.

TSCRA is a 137-year-old trade association and is the largest and oldest livestock organization based in Texas. TSCRA has more than 16,000 beef cattle operations, ranching families and businesses as members. These members represent approximately 50,000 individuals directly involved in ranching and beef production who manage 4 million head of cattle on 76 million acres of range and pasture land primarily in Texas and Oklahoma, but throughout the Southwest.