Right after the start of the 4th quarter, Tyler Rosamond went down on a run to the right side.  After some attention he was helped to his feet and started off the field.  He went down again and was eventually loaded into an ambulance and was taken to a local hospital.  The information is that it may be some type of a back injury.

SSHS Head Football Coach Greg Owens reports in on KSST’s Coaches Show that Tyler Rosamond did not have any broken bones, but possibly severe bruising including a bruised kidney and some bruising to the spinal column.  Tyler still has to see a specialist before being cleared to practice.

Whitehouse scored two late touchdowns to finally put the Wildcats away, 56-35 in Whitehouse Friday night. Quarterback Larry Pryor and back Tyler Rosamond each scored two touchdowns and back Scott Galarza scored one for the Wildcats. Rosamond was injured early in the fourth quarter and was taken from the field in an ambulance. The Wildcats are now 1-2 for the season. They have an open date next Friday night.

Friday night’s loss at Whitehouse seemed like déjà vu to Wildcats Football Coach Greg Owens. The 56-35 loss looked a lot like the season opening 33-21 loss to Rockwall-Heath. In both cases a talented secondary hampered the Wildcats passing attack forcing them to depend on their running attack. After an open date this Friday, the Wildcats, 1-2 for the season, will open district play hosting Texas High at Prim Stadium on September 26. 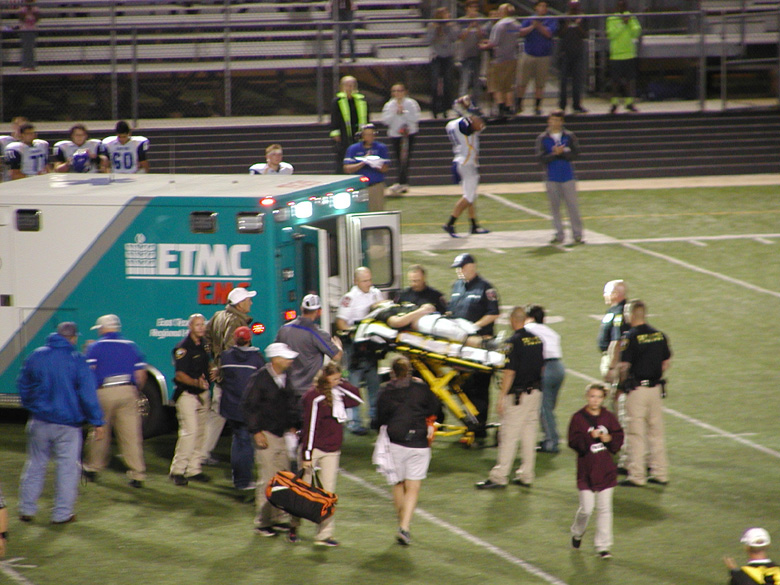